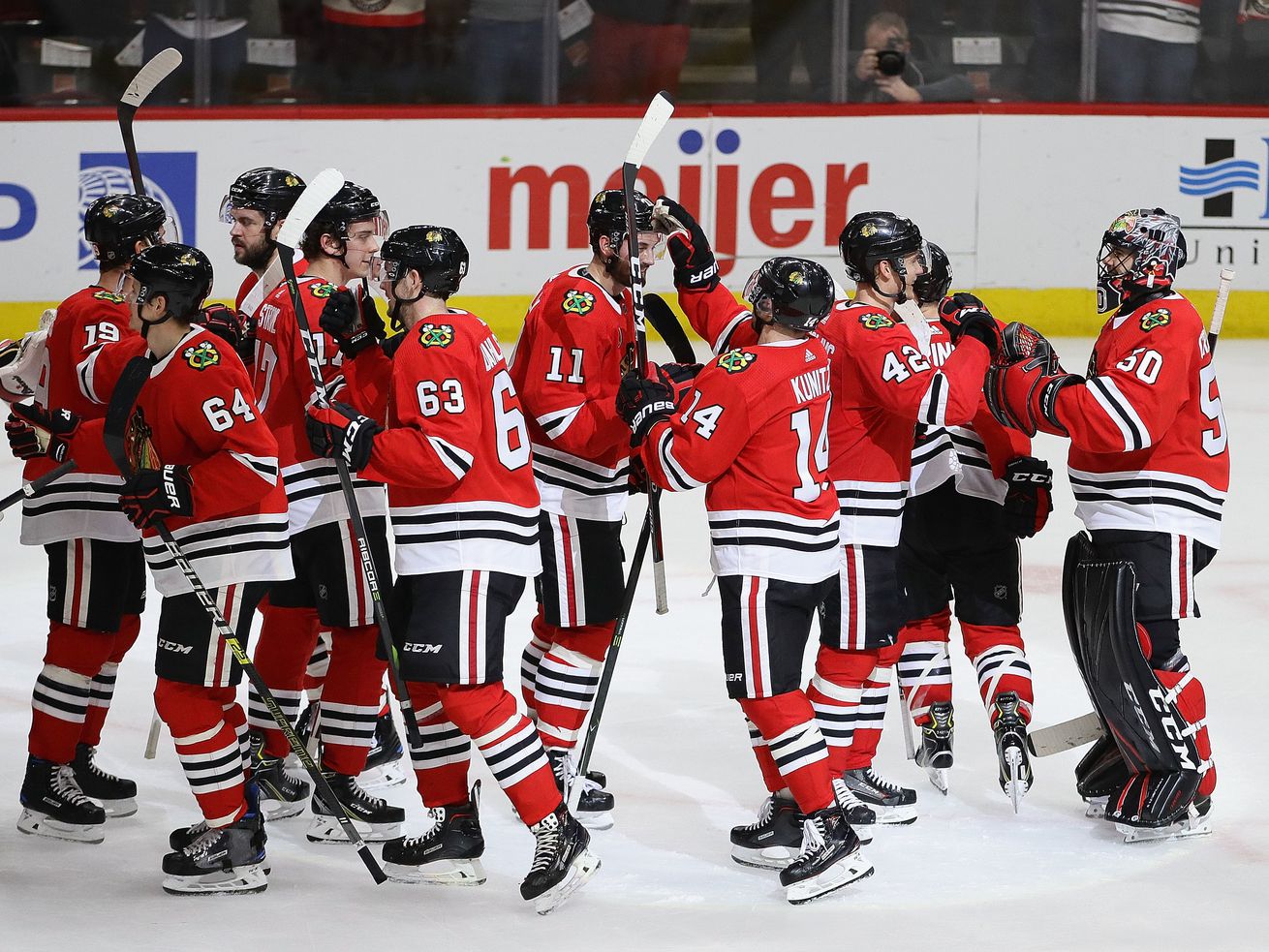 Anton Wedin is the latest European league veteran to make the continental jump to Chicago.

Anton Wedin, a 26-year-old winger with years of professional experience in Sweden, has signed a one-year, $925,000 contract with the Blackhawks, the team announced Thursday.

Wedin tallied a career-high 14 goals and 27 points in 32 games this past season in Sweden. He also missed 20 games to injury, however, and has been plagued by health concerns throughout his career to date.

Wedin’s team of eight years, Timra IK, was promoted from the Allsvenskan — Sweden’s second-division league — to the SHL for 2018-19, but will be relegated again in 2019-20.

Signing the 5-11, 194-pound forward continues a popular trend for the Hawks, who have dipped into the European pool to find depth players often in recent years.

David Kampf (signed in 2017) and Dominik Kahun (signed in 2018) both followed similar paths to Wedin before landing in Chicago, and both helped fill out the Hawks’ bottom six this season.

The 26-year-old set season highs in points and led the team with 14 goals with Timrå IK. (Photo via @timra_ik) pic.twitter.com/if49zXzwm6