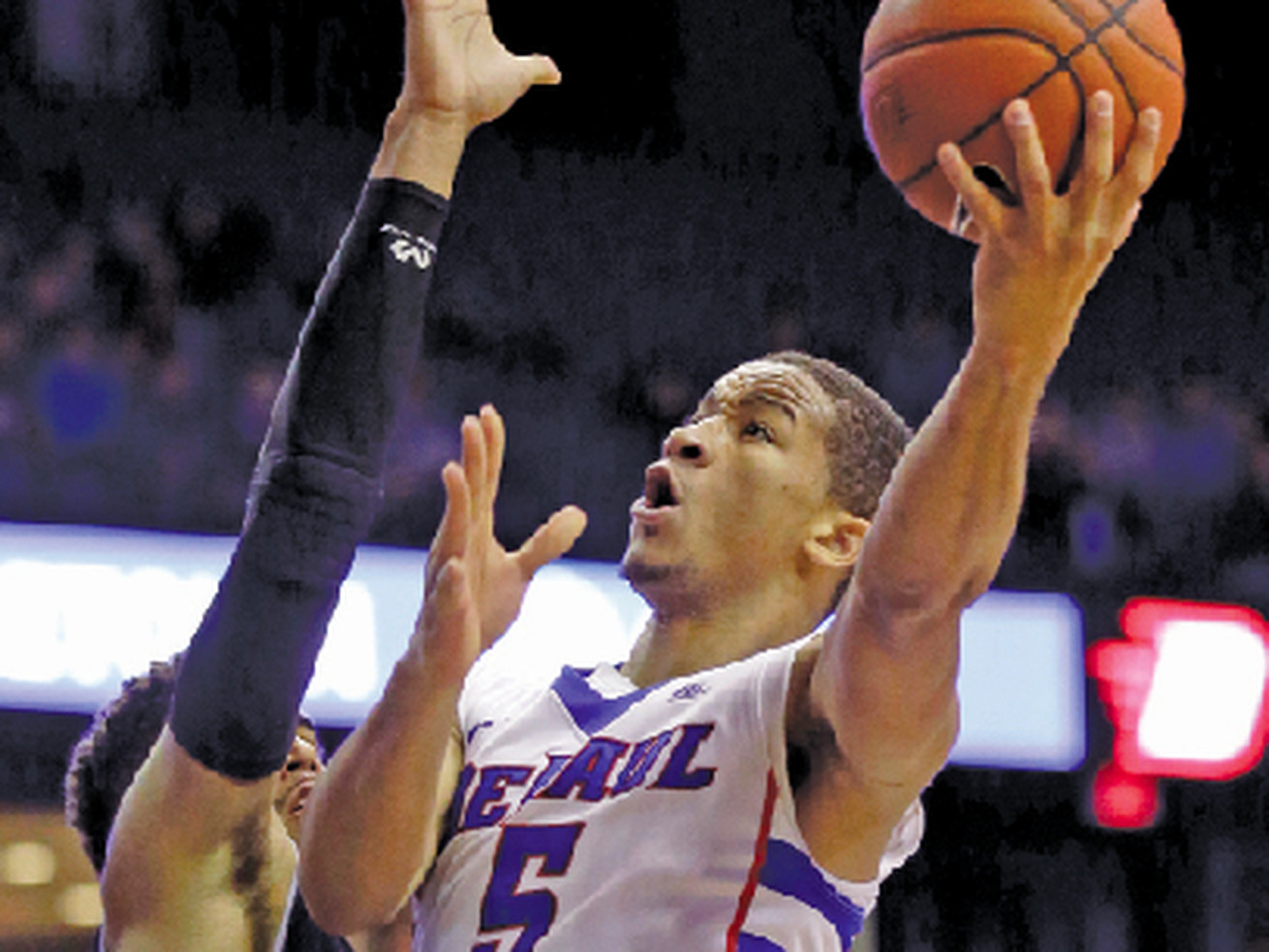 Garrett: ‘It’s like a double whammy. Making it to the league and doing it with the disease. I hope it’s an inspiration to a lot of the kids with sickle cell.’

About 100,000 Americans are affected by sickle cell disease, according to the Centers for Disease Control and Prevention.

Around 500 athletes play in the NBA each season.

As the only known person to have played in the NBA with sickle cell disease, DePaul/Morgan Park alum Billy Garrett Jr. knows what it’s like to have both worlds intertwined.

“[Playing in the NBA is] something I’ve wanted since I was younger and something I’ve constantly been told I can’t do because of the sickle cell,” Garrett said Saturday during the Sickle Cell Disease Association of Illinois’ 45th annual 8K Walk/Jog/Bike-A-Thon fundraiser. “It’s like a double whammy. Making it to the league and doing it with the disease. I hope it’s an inspiration to a lot of the kids with sickle cell.”

Those at the fundraiser were inspired.

Moments before the race officially started, a woman approached Garrett and told him that her son has sickle cell disease.

She thanked him for inspiring her son and for helping with the fundraiser.

“It offers hope for patients and youth that have sickle cell disease that are often told they can’t play sports,” Sickle Cell Disease Association of Illinois executive director TaLana Hughes said. “You can’t do a lot of things that are going to cause fatigue. It’s just an example that anything is possible with accommodations.”

“Me being young, my mom just really explained to me what the disease is,” Garrett said. “It was an educational talk. But then it stretched to ‘but don’t let it hold you back.’ That was probably the first one I could remember.”

Sickle cell disease is a group of inherited red-blood-cell disorders, where the red blood cells are C-shaped, which restricts the body’s ability to carry an adequate amount of oxygen.

When the cells travel through smaller blood vessels, they can get stuck and block blood flow. This causes extreme pain and other complications such as infections, fatigue, stroke, organ damage and possibly death.

Garrett said that staying hydrated and making sure he got proper rest before doing anything helped him deal with sickle cell disease as an athlete.

He had to learn to constantly listen to his body as a kid.

“That was the hardest thing for me to learn because your pride and competitive nature get in the way,” Garrett said. “Especially when you’re a kid, so it’s kind of hard to control those things.’’

A life-threatening scare at a young age helped him understand the seriousness of the disease.

“My dad was coaching at the University of Iowa at the time, and I was in their basketball camp,” Garrett said. “It was in a gym that wasn’t air-conditioned. You know, you’re playing with your friends, and you want to go non-stop. I remember feeling terrible later in the day.”

Garrett had a splenic sequestration crisis, which is when a person’s spleen gets bigger and lowers the amount of oxygen-carrying red blood cells in the body. He was in the hospital for four days.

“It was my first introduction to how serious the disease can be,” Garrett said. “And how basketball can cause me to have problems if I’m not careful. It was my first time learning by experience and having a crisis because I was doing a lot on the basketball court and not taking care of myself like I needed to.”

Garrett said that, for the most part, he has had coaches who were understanding about his disease and haven’t tried to push him past his limits.

He was unsure how sickle cell disease would affect his playing career.

Garrett said he was always confident in his abilities on the court, but he didn’t know how others would react to his disease.

After going undrafted and playing for the Westchester Knicks for two seasons, he signed a 10-day contract with the New York Knicks and played in four games in 2018-19, averaging 6.5 points.

He hopes to stay in the league and expects to know what comes next for his career within the next couple of days.

“It’s a crazy feeling,” Garrett said. “One, because not many people get to play in the NBA. And then overcoming that obstacle and dealing with sickle cell, it just feels great, honestly.”