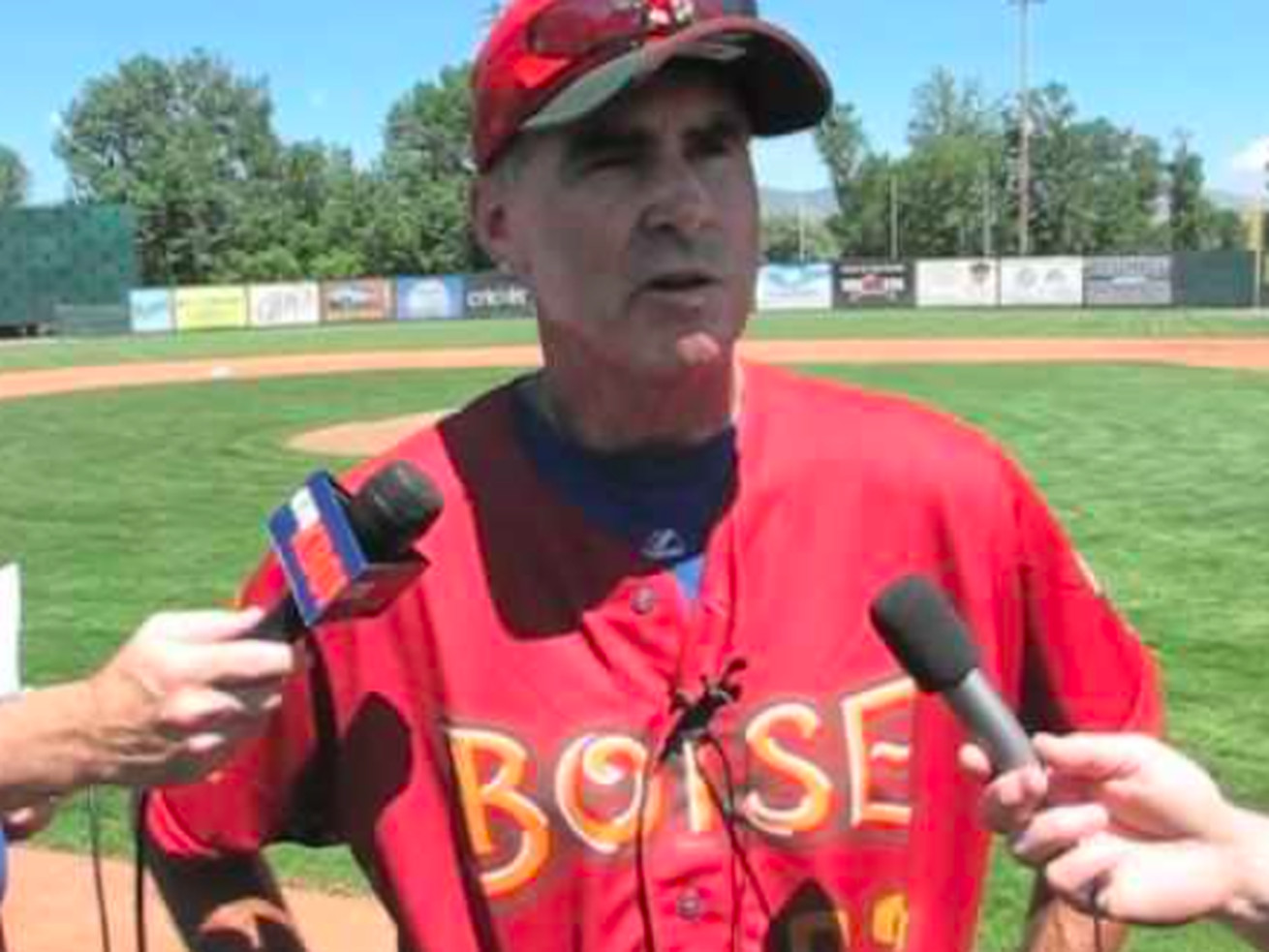 Buckner, who died Tuesday after a long illness, was the short-season-A hitting coach for the Boise Hawks in 2012-13.

Willson Contreras remembers how much the man hated strikeouts and loved sharing the game with his young hitters – often talking baseball while cooking for players at his family’s home in Boise, Idaho.

David Bote remembers being “instantly” struck by the grace and humility upon meeting him, knowing all the abuse he took in Boston.

And even the pitcher, Dillon Maples, remembers the moment he learned who the hitting coach was for his short season-A team: “I was like, ‘Bill Buckner? The Bill Buckner? The guy that played forever in the big leagues?’ “

Baseball mourned the loss on Tuesday of one of the great pure contact hitters of his generation when the former Cubs batting champion died at 69 after a long battle with Lewy Body Dementia.

But some of Buckner lives on through the impressions he left on five current Cubs who had him as their first professional hitting coach in 2012 and ’13 at rookie-level Boise:

Kris Bryant: “Me being a first-rounder, I didn’t know how I’d be received. I’m a nice guy, but I don’t know how they treat first-rounders, and it was unbelievable just how he took me under his wing, showing me certain drills – and he was a really good coach. … And him getting a bad rap for the [error in the] World Series in 1986, to take away from the career that he had and just how amazing a baseball player he was. And a person – that’s what I’ll always remember.”

Albert Almora: “He praised my aggressiveness and he always wanted to work every time I asked for something. He was the first one out there. … What a mind that was. I was so fortunate to be a part of that team, to pick his brain my first year in pro ball.”

Dillon Maples: “He made an impression being a titan of the game and then also being willing to coach these young bucks in short season, like to humble yourself and go back to short season – that’s something that I found very interesting as I went up in levels. Those guys want to stay in the big leagues or have a front office job or something, but he was content with hanging out in Boise, being with his family, his wife, and still doing what he loved.”

Willson Contreras: “The most important thing he taught us was how to keep things in the game simple. Don’t try to overthink too much and just make contact with the baseball. He hated when we struck out because he hated strikeouts in his career. But obviously he was a different kind of hitter. … He lived right there [in Boise], and he used to take us to his house and cook for us and just talk about how his career was, and he showed us the jerseys he wore with every team. …He’s a special guy for me. I appreciate what he taught me in my process.”

David Bote: “You talk about everything he went through, to not let that affect how he went back to the game and taught us what he knew about hitting. …For him to put his ego aside, his pride aside, to put it all out there for the guys in their first couple years of professional baseball is something you don’t forget. It shows how professional, humble, a great person he was. …The second you talk to him you definitely know what kind of guy he is – based on what he went through [in Boston] to give back to the game the way he did. Nothing more to say about him.”

Bill Buckner, the Cubs’ 1980 batting champion and 1981 All-Star, was remembered all week by those in the game for how much more he meant to friends, family and baseball than the infamous error he committed in the 1986 World Series. He also was more of a baseball player than many might know, considering: