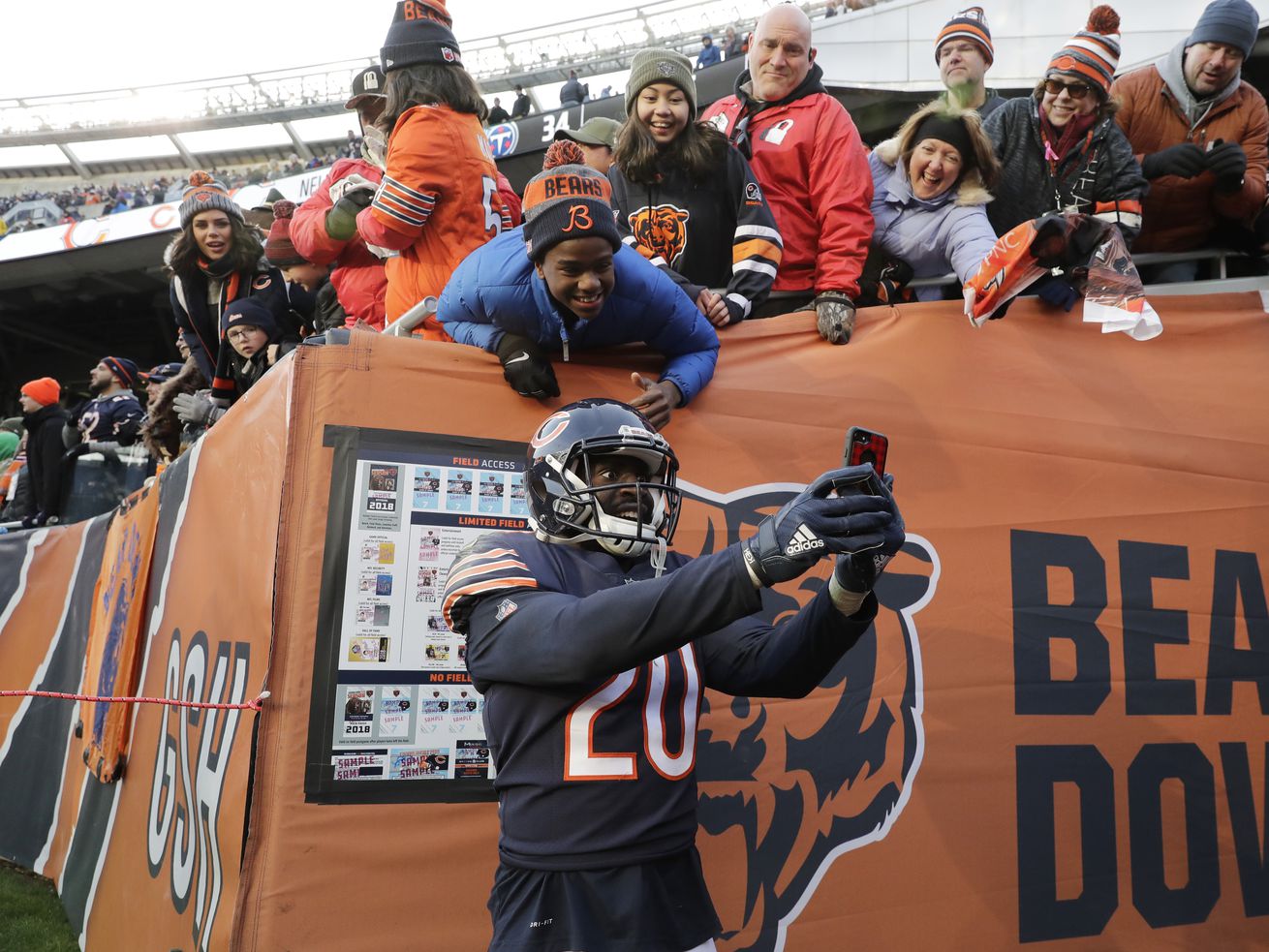 Prince Amukamara is a cornerstone of the Bears’ secondary. | AP Photos

The Bears have 3 key players back, but they have a new defensive coordinator and starting safety.

BOURBONNAIS — It’s never as simple on the field as it looks on paper. The Bears brought back most of their stellar secondary from last season, except for swapping one good safety for another, but it’ll take significant work over the next month to straighten everything out.

It takes more than top-tier personnel, which the Bears believe they have. That part of the field requires incredible communication and cohesion. Not only is this group trying to reestablish itself with different terminology under defensive coordinator Chuck Pagano, it’s also incorporating new starting safety Ha Ha Clinton-Dix.

Eddie Jackson and Adrian Amos were so familiar that they could’ve ordered each other’s lunch. Even with Jackson and Clinton-Dix having played together for a season at Alabama, they aren’t at that level.

“Chemistry is big, and that’s something me and Adrian Amos had down,” Jackson said after practice Saturday morning. “Me and Ha Ha can communicate and pick each other’s brains, but me and Amos were together for a while.”

It’s a new phase in Jackson’s young career, and the transition is complicated by Clinton-Dix’s absence as he recovers from a sprained knee. He started training camp on the Physically Unable to Perform list after getting hurt near the end of the offseason program.

Fourth-year safety Deon Bush, in a contract year, is filling in for Clinton-Dix on the first-string defense in Bourbonnais. He started three times last season, including the playoff game, when Jackson was injured.

There’s high confidence in Bush if he’s needed, whether now or at some point during the season.

“Most definitely,” Jackson said. “Just his explosiveness and how he’s playing the ball now, looking at everything, studying film and everything like that — his football I.Q. has risen a lot.”

Nonetheless, the Bears think Clinton-Dix will be back soon and don’t have any long-term concern at this point. It’s mostly a minor inconvenience at this point.

Clinton-Dix worked toward mastering the scheme throughout offseason meetings and practices, and the team is keeping him as involved as possible during training camp. He’s in meetings and film sessions, and the returning players have gone out of their way to talk things through with him.

“That’s gonna be huge,” cornerback Prince Amukamara said. “He was a great signing for us and he’s just dealing with a little ding, but we’re not worried. Ha Ha hasn’t missed a game or a snap in his career, so we know that he’s just being smart about whatever he has going on.”

Amukamara would make a good historian, because he’s exactly right. Clinton-Dix played in all 87 possible regular-season and playoff games over his first five years, mostly with Green Bay, and has been one of the better players at his position.

The Packers, incidentally, lured Amos with a four-year, $36 million contract in free agency this spring. The Bears opted for Clinton-Dix as a budget-conscious replacement at $3.5 million for one year.

There’s good cause to believe Clinton-Dix will fill in fine. He was a Pro Bowler in 2016 and, despite the Packers dumping him last season in a trade to the Redskins, he finished with three interceptions, six passes defensed and 93 tackles. Pro Football Focus ranked him the 21st-best safety in the league (Jackson was No. 1).

That type of talent should fit nicely in a Bears secondary that was arguably the NFL’s nastiest last season. They were the best by far in opponent quarterback rating at 72.9, led the league with 27 interceptions and were fourth in third-down success.

Cornerback Kyle Fuller and Jackson were named all-pros and had seven and six picks, respectively. Amukamara had three. That trio combined for 48 passes defensed, as well.

Having those three back and healthy is a good starting point for the Bears, regardless of whether they have to wait on Clinton-Dix.