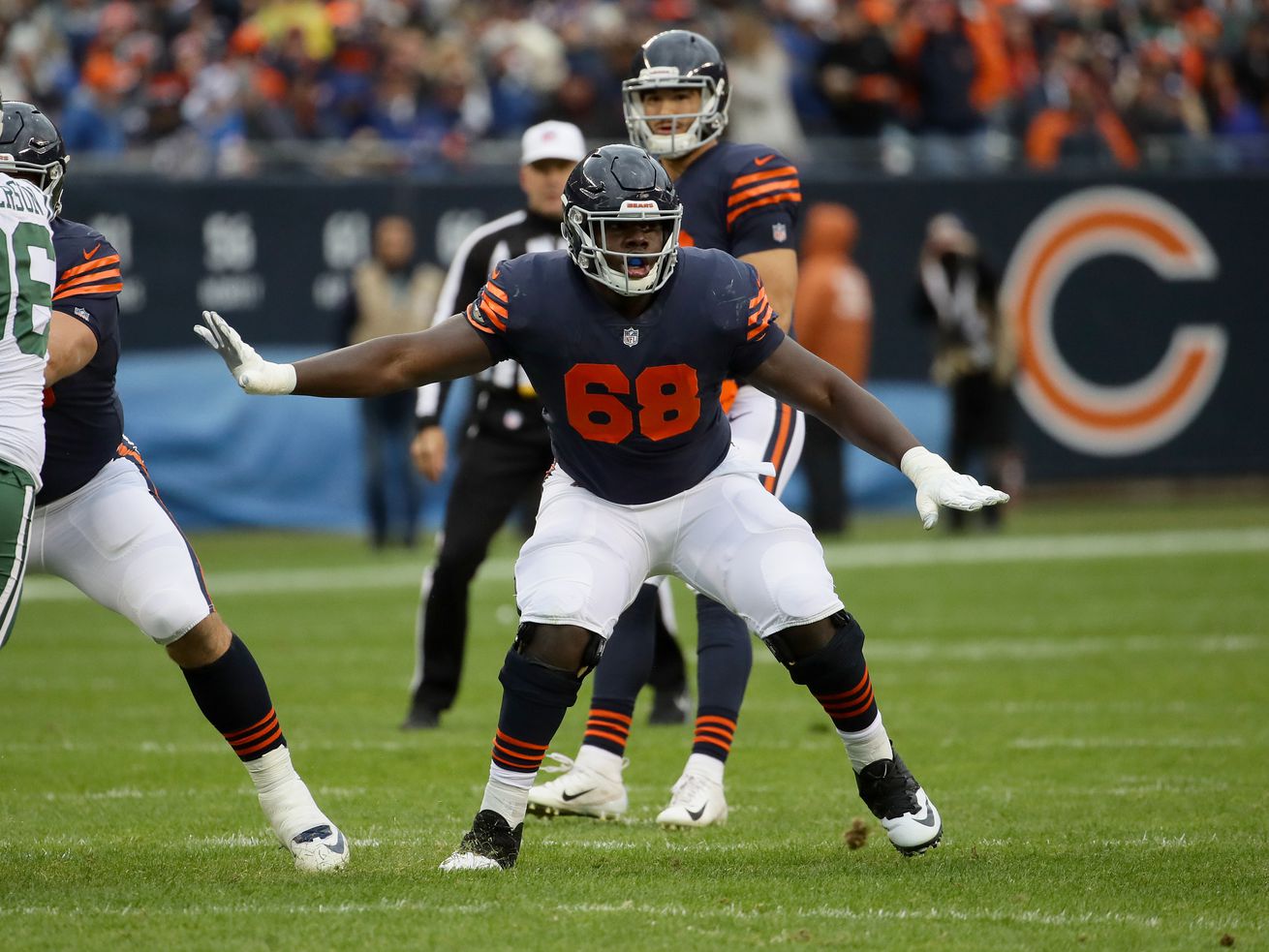 James Daniels, who started 10 games at left guard last year as a rookie, is getting snaps at center, coach Matt Nagy confirmed.

The Bears decided to bring back their entire starting offensive line for 2019. But it still figures to look different.

James Daniels, who started 10 games at left guard last year as a rookie, is getting snaps at center, coach Matt Nagy confirmed. Cody Whitehair, who has started every game at center the past three years, is at Daniels’ old spot, left guard.

“We’re giving them a chance to look at it and see where it’s at,” Nagy said Wednesday after an organized team activity practice. “We feel comfortable with it. So again, this is the time to test it out and see.

“It’s hard right now because we don’t have pads. So, we’ll get into training camp and see how that goes. But I feel pretty good about it.”

The Bears would like to give Whitehair a contract extension before he begins the final year of his rookie deal. They re-signed right tackle Bobby Massie and reworked right guard Kyle Long’s deal during the offseason.

Daniels made his name as Iowa’s center, starting 23 games over the last two years of his college career before the Bears drafted him No. 39 overall last year.

Sowell, of course, caught a touchdown against the Rams on “Santa’s Sleigh,” a pass out of a jumbo formation. Nagy thinks the switch could be a good fit for both Sowell and the Bears, as the team needs depth at its “Y” tight end position.

“Bradley has showed us the ability,” he said. “Not just off of a two-point play or a touchdown play, but he’s shown it repetitively in practice that he has the athletic ability, the hands. He’s very smart, he knows how to block and all that stuff. So let’s test it out and see. When I tell you he’s all-in, he’s all-in.”

Asked who would fill in as the Bears’ swing tackle, Nagy singled out Rashaad Coward, who converted from defensive line last year.

• Nagy referred to the Bears’ ongoing kicker battle — which features Chris Blewitt, Elliott Fry and the newest acquisition, Eddy Piñeiro — as a process. He said he tested the kickers in front of the entire team Wednesday, as he did during rookie minicamp.

“We’re just going to let the thing play out,” he said.

• The coach suspects he’s had the best attendance of any NFL team during OTAs, which are voluntary. He’s thanked his players for it.

“I think they understand how big and how important culture is to us,” he said. “And right now, right now is the time when the culture part to new people, you can really build on that.”