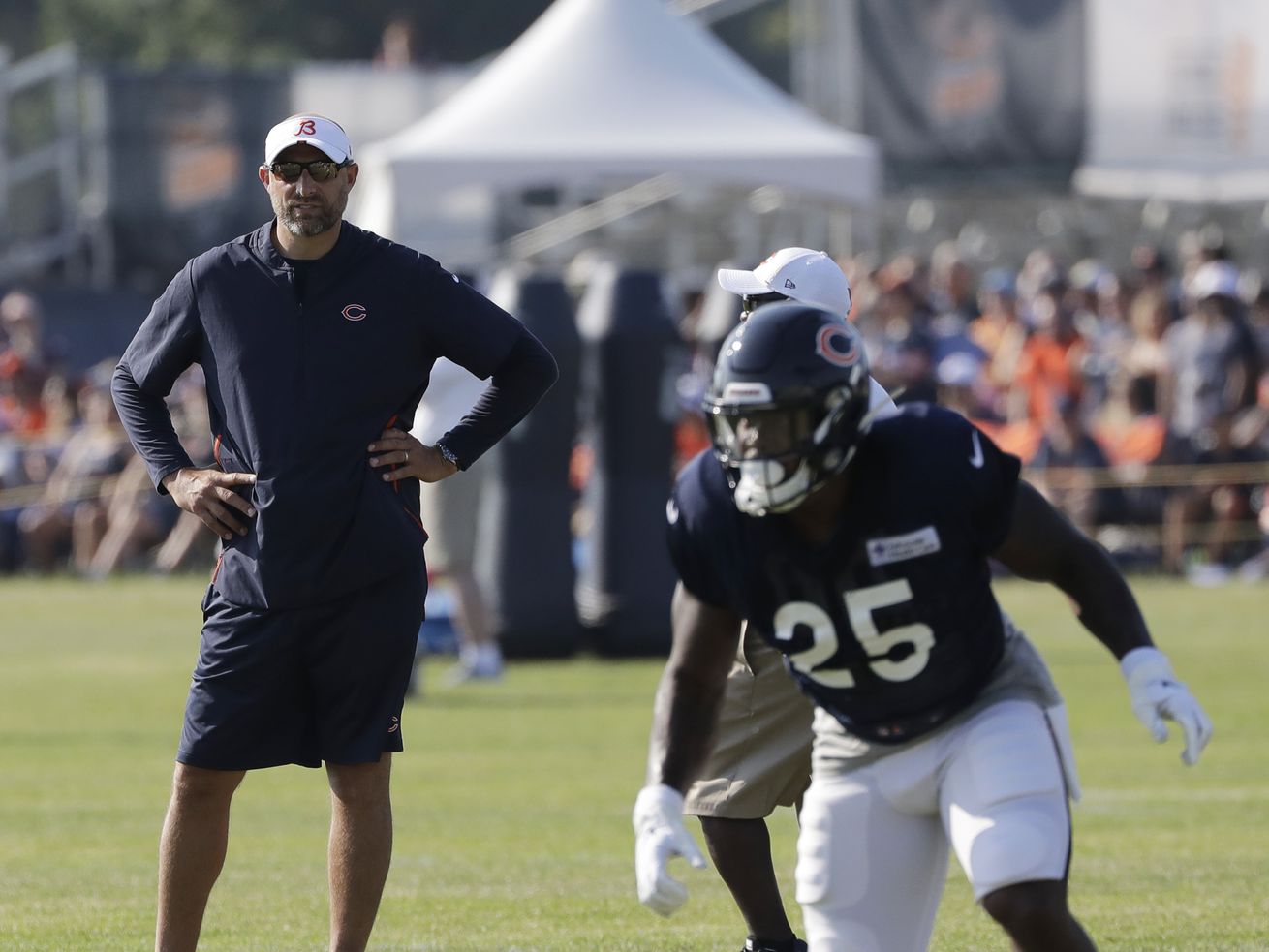 The Sun-Times’ Patrick Finley breaks down Monday’s practice, the fourth of training camp:

The Sun-Times’ Patrick Finley breaks down Monday’s practice, the fourth of training camp:

With only a few respites, the Bears practiced in a steady rain.

“I was happy with our players coming out and keeping their footing,” coach Matt Nagy said. “The rain, that’s part of our elements. We’re gonna see that.”

The ball was slick, making for a few awkward throws and the occasional fumble.

“I really like the sun …” left tackle Charles Leno said wistfully. “I’m from California. I don’t mind it being hot.”

Tight end Adam Shaheen missed his second-straight practice with a sore lower back. Nagy said he felt better than Sunday, but “it didn’t make sense of him to be out there” in the rain.

“He is a big guy and he’s been working on his flexibility, but for us, I personally don’t look at it as too much of a concern,” Nagy said. “We want Adam to be healthy for Week 1, so whenever that is there is no need for us to push anything.”

Veteran defensive back Sherrick McManis, who’s been playing safety with Clinton-Dix out, used a “Peanut Punch” to force a fumble for the second-straight day. … Cornerback Buster Skrine one-armed a diving interception against Mitch Trubisky. … A good day for Ducks: safety Clifton Duck wrestled the ball away from tight end Dax Raymond for an interception.

Next up: The Bears will hold a closed-to-the-public practice at 9:15 a.m. Tuesday at Olivet Nazarene University.