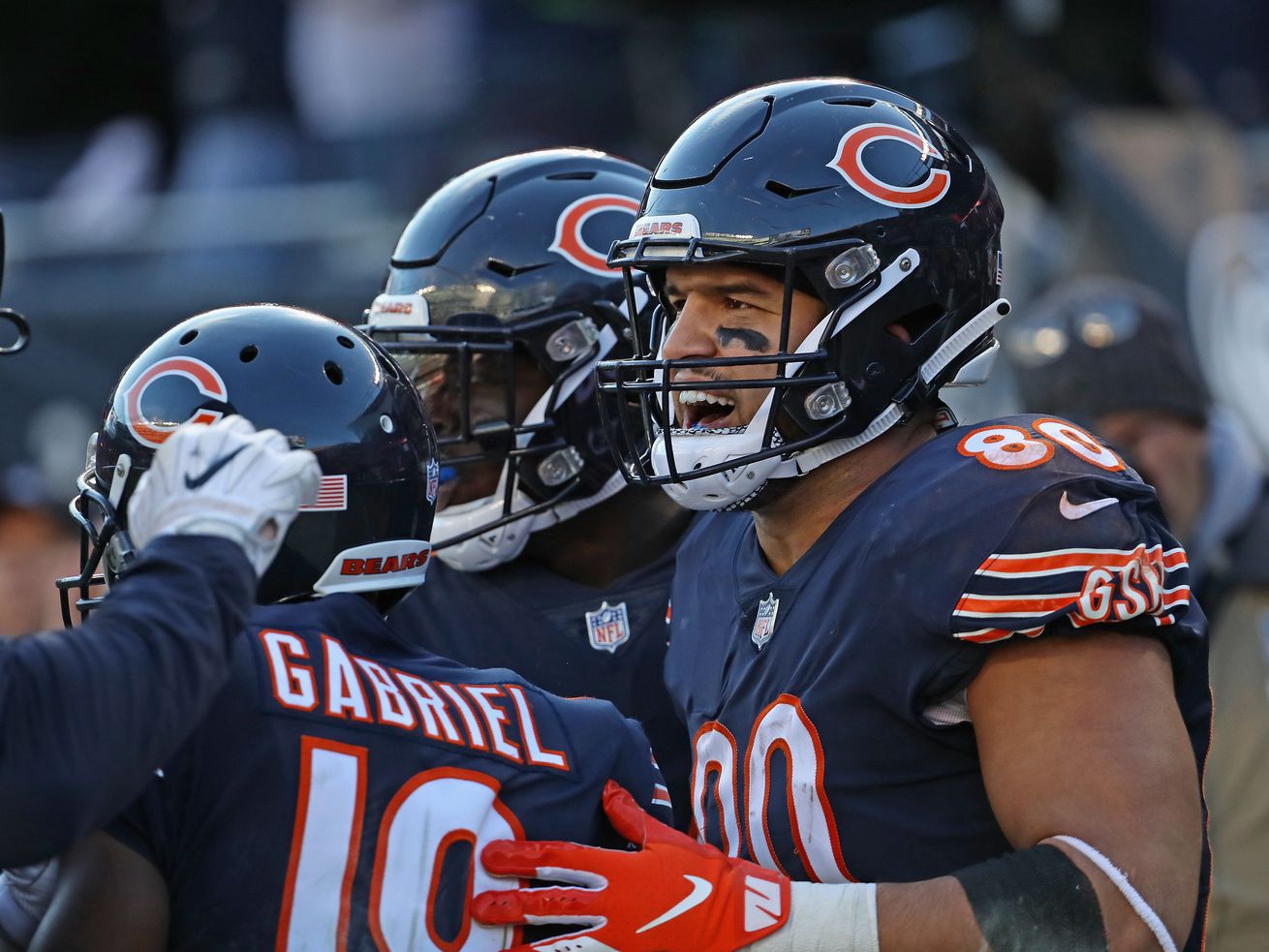 Trey Burton made his $32 million contract look like smart money in his first year with the Bears. | Getty

Few skill players figure to be as crucial for the Bears as Burton, who is working back from a sports hernia.

BOURBONNAIS — Trey Burton is at the most bizarre and important juncture of his NFL career. Coming off his best season, this is a pivotal summer for his onward climb at tight end, but he spent most of the last few months rehabbing from sports hernia surgery.

He’s not back to normal yet, but Friday’s opening practice of training camp was a good start. Burton did well in limited work and expects to continue expanding his reps over the next few weeks.

The biggest thing for him, though, was being on the field the minute the Bears began camp.

“That was something we were shooting for in the offseason,” he said. “It’s different. I’ve never had anything like this. I’ve never had an injury that’s kept me out more than a week, so it’s a learning curve and you have to learn how to take it slow.”

He was happy simply to rejoin his teammates after the typical isolation of injury rehab. He looked good running around — “That might take a little time, (but) I’m getting there,” Burton said — and had a few laughs with Mitch Trubisky between drills. He surely missed the camaraderie as much as anything else.

Burton was out for Organized Team Activities and minicamp and didn’t begin feeling football-ready until the last few weeks. He got hurt just before the Bears’ playoff game and had surgery in the spring.

He usually spends his offseason training and getting some time away with family, but instead was at Halas Hall trying to get his strength back.

“It was definitely weird,” Burton said. “It was just all new to me.”

It’s been a tough road back, and that work is ongoing. However, no matter how much the training staff holds him back during camp, Burton said there is “no doubt” he will be full-go by the start of the season.

That’s an absolute must for the Bears.

In his first season as a full-time starter, fresh off signing a four-year, $32 million contract, he had career highs in catches (54), yards (569) and touchdowns (six). No other tight end on the roster has more than 17 career receptions.

The Bears remain upbeat about Burton’s trajectory regardless of the injury. Although he’s 27, entering his sixth season and already won a Super Bowl, they think of him as someone who hasn’t hit his ceiling.

“No, he’s on the rise,” coach Matt Nagy said. “I’m learning who he (is), what his strengths and weaknesses are… Now I think I have a better feel on what Trey does well, along with our quarterback having a better feel.”

In addition to getting past the injury, Burton enters the season with a better grasp on his mental health.

He has talked openly about battling anxiety and made a connection between that and his sports hernia. While it might never be fully behind him, he feels more equipped than ever to navigate it.

“I have definitely found a good core of people to surround myself with during my whole time in the NFL,” he said. “There are people every single year that we bring in to our family, and (we) definitely have a plan.

“It’s not really a big challenge anymore… Every once in while you have things that are going on, but other than that for the most part it’s good.”

That all sounds promising for Burton, and the injury doesn’t seem to be stressing him now that he’s back on the field. He’s learned to be patient, and that could pay off with a big season.