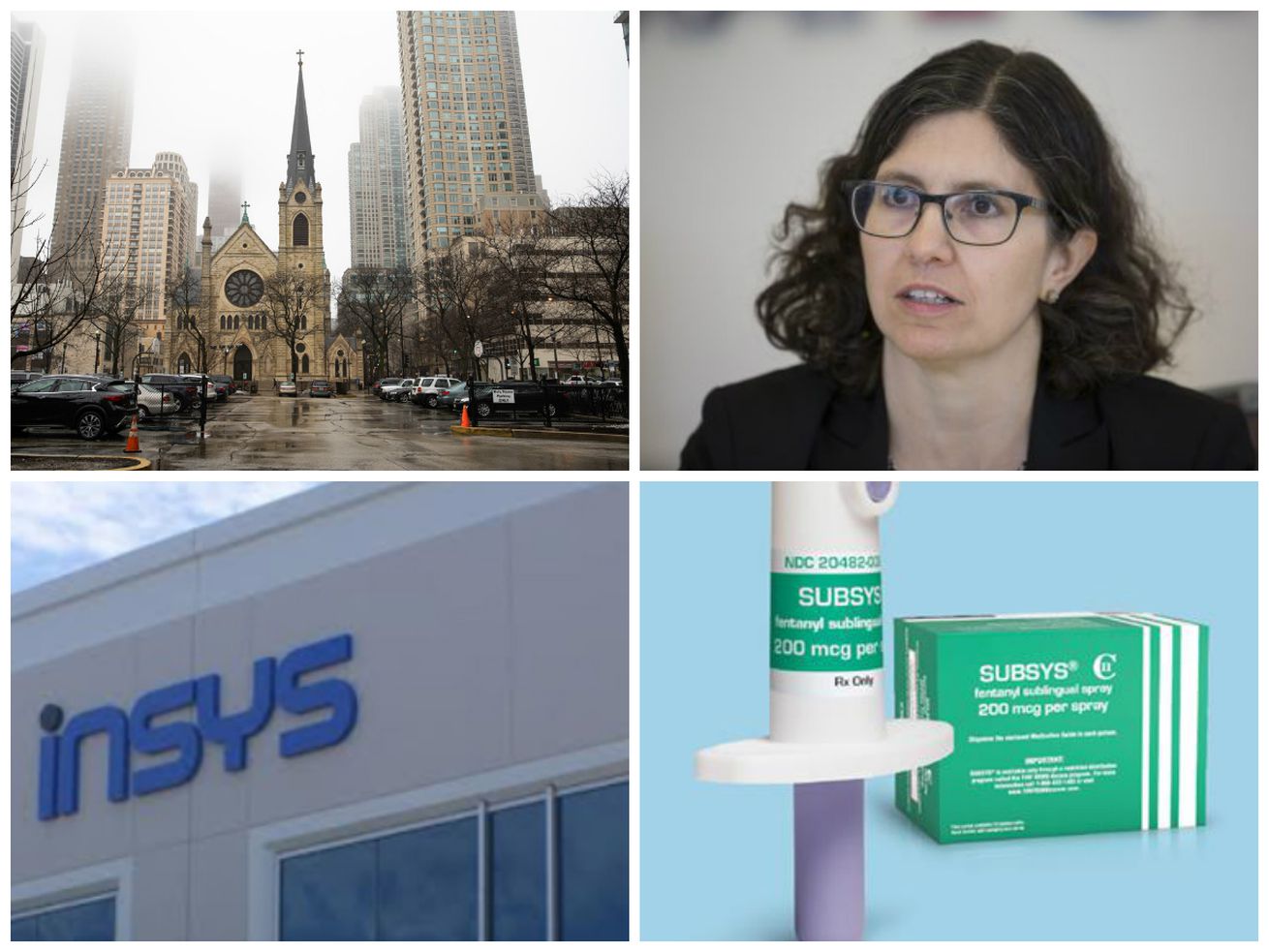 Betsy Bohlen received $145,000 in compensation while on the board of Insys Therapeutics, an embattled pharmaceutical company that has said legal marijuana could hurt its profits.

In February, the Archdiocese of Chicago and its leader, Cardinal Blase Cupich, joined Illinois’ five other Roman Catholic bishops in coming out strongly against efforts to legalize recreational marijuana in the state.

At the same time, one of the archdiocese’s top lay officials, Chief Operating Officer Betsy Bohlen, was receiving compensation worth more than $145,000 to serve on the board of directors for Insys Therapeutics, an embattled Arizona-based drug company that has also opposed marijuana legalization and whose founder and former executives were recently found guilty of bribing doctors to prescribe a dangerous opioid drug.

Insys — which is now developing prescription drugs made from synthetic versions of compounds commonly found in marijuana — has acknowledged that marijuana legalization could hurt its bottom line, and even poured $500,000 into the campaign that stopped legalization in Arizona in 2016. The success or failure of legalization in Illinois and nationwide could end up impacting Bohlen’s compensation, the vast majority of which is made up of stock awards and options to buy stock in the company.

”We do not see any conflict of interest in Betsy Bohlen’s role in helping INSYS recover from a troubled history and bring products to market to serve the unmet needs of patients,” the archdiocese said in a statement.

Bohlen, a former management consultant at a top consulting firm, McKinsey & Company, declined to comment beyond a brief written statement.

“My prior professional experience has enabled me to manage the operations of the archdiocese and to contribute on a corporate board such as INSYS,” Bohlen said in the statement. “I joined the INSYS board for the promise of helping it transition from a difficult past to help patients with promising new technologies.”

Kickback scheme leaves Insys on the verge of bankruptcy

Bohlen was already working for the archdiocese when she was appointed to Insys’ board in August. That was less than a year after the company’s founder, John Kapoor, and six other former executives and managers were indicted for bribing doctors to prescribe a powerful opioid to patients who didn’t need it. Kapoor and four other former Insys employees were found guilty earlier this month of federal racketeering charges, and the company’s ex-CEO and former vice president of sales both previously pleaded to charges related to the scheme.

The drug they were pushing — Subsys, a spray form of fentanyl used to treat pain in cancer patients — is still being marketed by Insys, according to the company’s website.

Late last week, Insys announced that it might file for Chapter 11 bankruptcy if Subsys and its other opioid-related assets aren’t sold off and the company is unable to cover legal fees resulting from a federal probe into the kickback scheme.

Bohlen’s decision to join Insys’ board last fall “was discussed with the Cardinal and other archdiocese leaders,” and the company “in no way defends the past misconduct of former employees and has fully cooperated with the government,” according to a statement from the archdiocese.

Bohlen got involved to help turn things around at the troubled company, church officials said. The archdiocese emphasized the company was moving away from opioids to synthetic drugs that don’t come from marijuana plants.

“The company’s current [research and development] cannabinoids pipeline is focused on synthetic medicines for specific diseases with inadequate current treatment options, not products derived from cannabis,” the archdiocese said.

‘Business prospects would be … adversely affected’

Syndros — a liquid form of dronabinol, or synthetic THC, the chemical compound in pot that gets users high — went to market in July 2017. That drug is used to treat anorexia in AIDS patients and nausea related to chemotherapy treatment. The company is also developing another form of dronabinol and a synthetic form of CBD, the trendy chemical compound that’s being used to treat everything from pain to anxiety in dogs.

The drug currently represents 4% of the company’s earnings, the archdiocese said.

But legal pot, the company acknowledged in a 2007 filing with the U.S. Securities and Exchange Commission, could be damaging to the publicly traded company: “If marijuana or non-synthetic cannabinoids were legalized in the United States, the market for dronabinol product sales would likely be significantly reduced and our ability to generate revenue and our business prospects would be materially adversely affected.”

This past March, the company again noted potential competition for its products as more states consider or legalize both recreational and medicinal marijuana.

Insys officials did not respond to requests for comment.

Bishops push back against pot legalization

On Feb. 4, Illinois’ six Catholic bishops issued a statement urging lawmakers to vote against legalizing weed for recreational purposes. The bishops represent each of the state’s six Catholic dioceses, which make up the Catholic Conference of Illinois.

“As lawmakers consider this issue, it is important to remember they are not only debating legalization of marijuana, but also commercialization of a drug into an industry the state will profit from,” the bishops wrote. “In seeking the common good, the state should protect its citizens.”

In the statement, the bishops also referenced the opioid crisis and “the lives it claims” — which totaled nearly 48,000 in 2017, according to the Centers for Disease Control and Prevention. Kapoor and other Insys executives have been blamed for stoking the epidemic through its aggressive push of opioids in the past.

The bishops argued that recreational pot legalization “will only add to the problem.” However, the church hasn’t taken a stance on whether medical marijuana or synthetic THC should be legal.

Robert Gilligan, the Catholic Conference’s executive director, said Bohlen wasn’t involved in the discussions among the bishops in the months that led up to the formal statement. Bohlen’s role with the company “had absolutely zero influence on the position we took on the proposal to legalize recreational marijuana.”

As COO of the archdiocese, Bohlen is responsible for running the day-to-day administrative operations of the church. She is paid a $300,000 salary, the Sun-Times has reported.