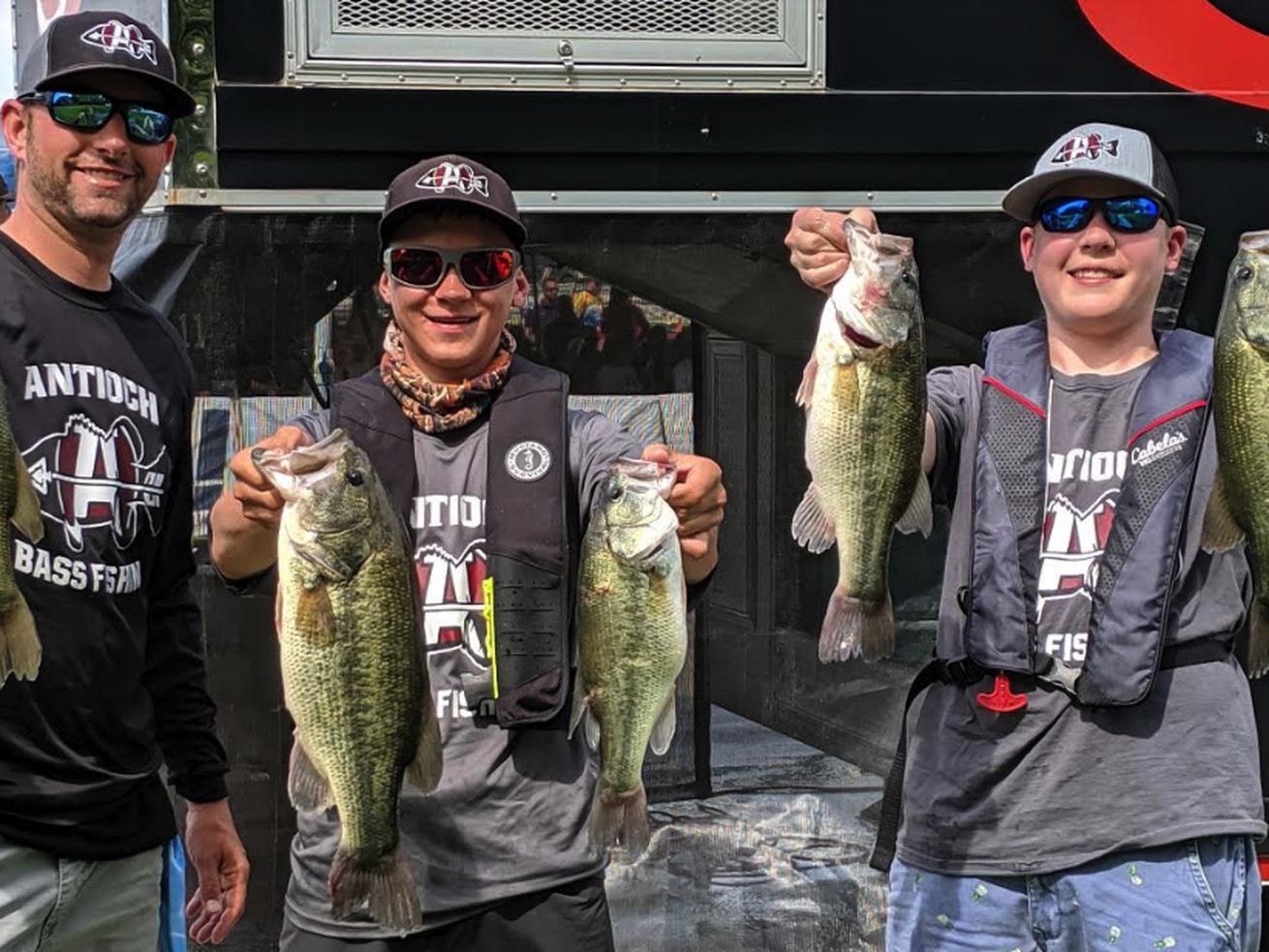 CARLYLE, Ill. — The wreck of the boat with the Antioch bass team in it overshadowed the fishing Saturday on the final day of the IHSA’s 11th state championship for bass fishing on Carlyle Lake. Antioch was in second place entering Day 2.

As questions about Antioch’s whereabouts started flying at the weigh-in, Sequoits coach Brad Rubin texted, “Extreme wind and waves – motor died 2/3 of way back and boat was dead in water. We are okay but boat is being slammed into rocks and is a total loss. Talk to you later – hectic now.”

The IHSA consulted with the National Weather Service before takeoff and anticipated the building south winds and waves, which is why it moved the end time up two hours to 1 p.m.

“We were coming back and making it, taking our time, maybe 10 mph,’’ Rubin said when transported back to the weigh-in site at Dam West launch. “The waves were high and mighty. Then the motor died. We were maybe a quarter mile off shore. We knew the boat would hit the rocks. We called 911 immediately. We had the kids get up front and jump off first, then [Rubin and boat captain Blake Keulen] jumped off.”

Rubin said they probably had 4 or 5 pounds of bass in the live well, enough to finish third and take home a trophy. As it was, their Day 1 bag of 14 pounds, 13 ounces, caught by freshman Tucker Siminak and sophomore Dylan Egleston, put them in eighth.

“[The bass] are still in the boat,” Rubin said.

IHSA associate executive director Kurt Gibson said if boats did not return to launch, they have not been allowed to weigh fish.

As of Saturday afternoon, the Illinois Conservation Police and the U.S. Army Corps of Engineers staff were trying to figure how to collect the boat off the point where it was beached.

Highland held on to win its second state title with a two-day total of 21-1, 3 ounces heavier than Goreville’s bag. West Aurora juniors Fisher Overlin and Tyler Harvey caught 9-14 on Saturday to jump into third for the final trophy with 18-3.