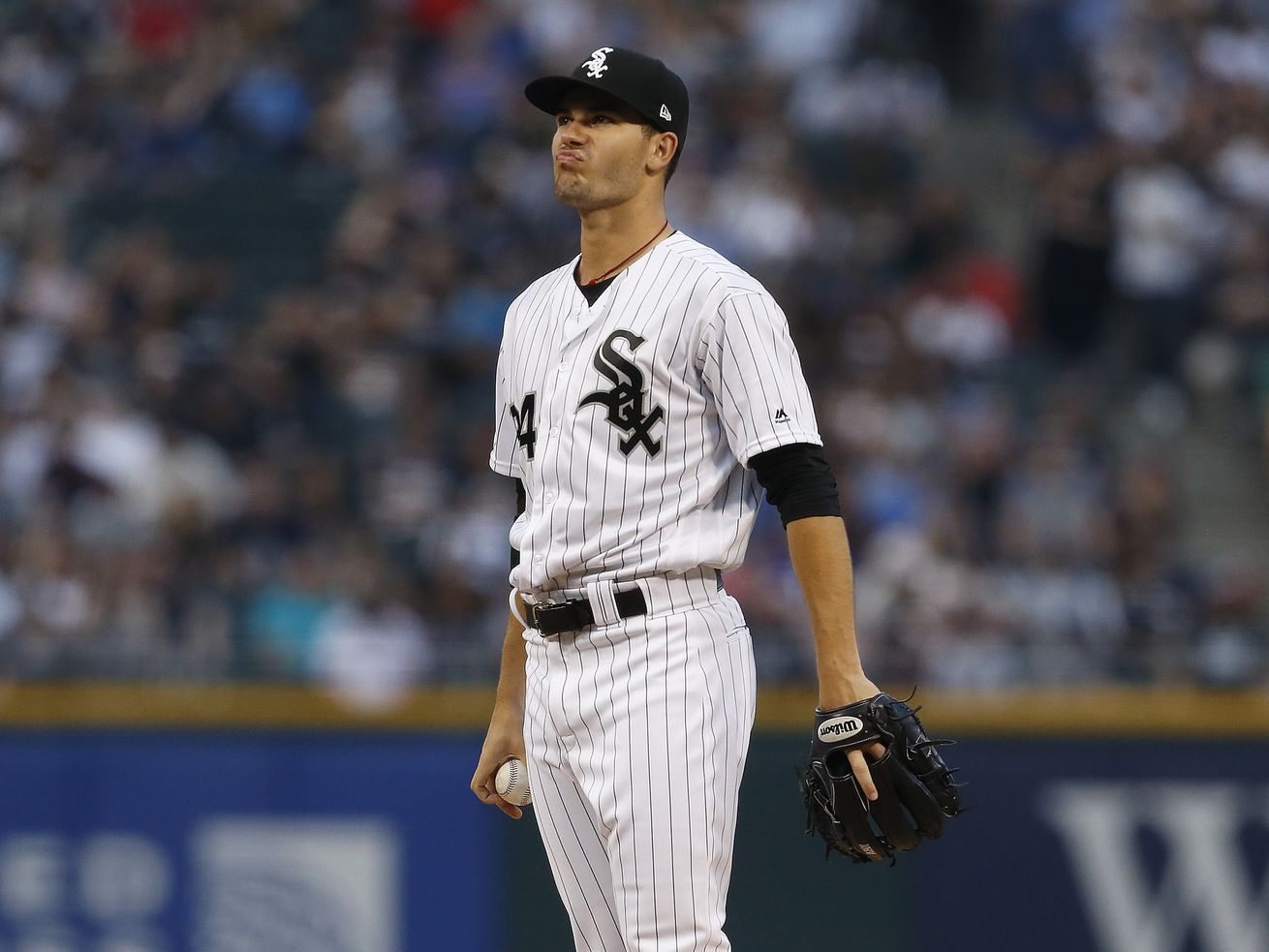 In his fourth big-league start Friday at Guaranteed Rate Field, Cease was hammered for five runs on 42 pitches in the second. The key blow was a three-run home run by Max Kepler with two outs.

Getting crushed on a staggering number of pitches isn’t working out so well.

Against the American League Central-leading Twins in his fourth big-league start Friday at Guaranteed Rate Field, Cease was hammered for five runs on 42 pitches in the second. The key blow was a three-run home run by Max Kepler with two outs.

It looked suspiciously like his third start, when he surrendered four runs on 44 pitches in the second against the Rays at Tropicana Field. The key blow that day was a grand slam by Travis d’Arnaud.

‘‘It’s definitely frustrating because it’s causing losses,’’ he said. ‘‘But there are positives to take out of it.’’

To Cease’s credit, he did manage to hold the Twins scoreless for three innings after the latest blowup in the Sox’ 6-2 loss. And wouldn’t you know it? He did the same thing against the Rays. In fact, Cease (1-3) — though he has lost three starts in a row — was even better against the Rays after the second, pitching a hitless third, fourth and fifth.

‘‘Other than one big inning every game, it’s been pretty good,’’ he said.

Maybe these acts of perseverance count for something?

‘‘When you’re bringing up young players to the big leagues that have talent, you hope the transition is flawless and they cruise through and everything is nice and hunky-dory. But some of them are going to get some hiccups, they’re going to learn from them, they’re going to continue to grow and get better — and he’s going to be one of those guys.’’

No doubt about it, the Sox’ No. 3-ranked prospect, according to MLB Pipeline, has work to do to command his pitches, especially his breaking stuff. Cease’s curveball — potentially a devastating weapon, with all the drop in the world — was all over the place early in the game.

Renteria hoped Cease would use all his pitches with more conviction from the jump against the Twins. No dice.

Then again, that’s not an entirely fair summation of the results. Matter of fact, Cease had a chance to escape the second with no damage in the runs column.

After missing way high with a fastball on a 3-2 pitch to walk Jason Castro and load the bases with one out, Cease got Byron Buxton to sky a lazy pop fly into short left-center. Left fielder Jon Jay caught the ball just as center fielder Adam Engel ran into him, delivering little more than a glancing blow. After a few halfhearted steps down the line from third, baserunner Luis Arraez — who wouldn’t have tried to score had the play been made cleanly — picked up his pace and crossed home plate without a throw.

Cease would have had to face Kepler next either way, but who’s to say what would’ve happened next had he held all three runners on the bases?

Instead, it was merely the latest disappointing development for the Sox, who lost their fourth consecutive game, fell to 3-12 since the All-Star break and dropped a season-worst 11 games below .500.

And it was, of course, the latest disappointment for Cease, who lasted exactly five innings for the third time in four starts.