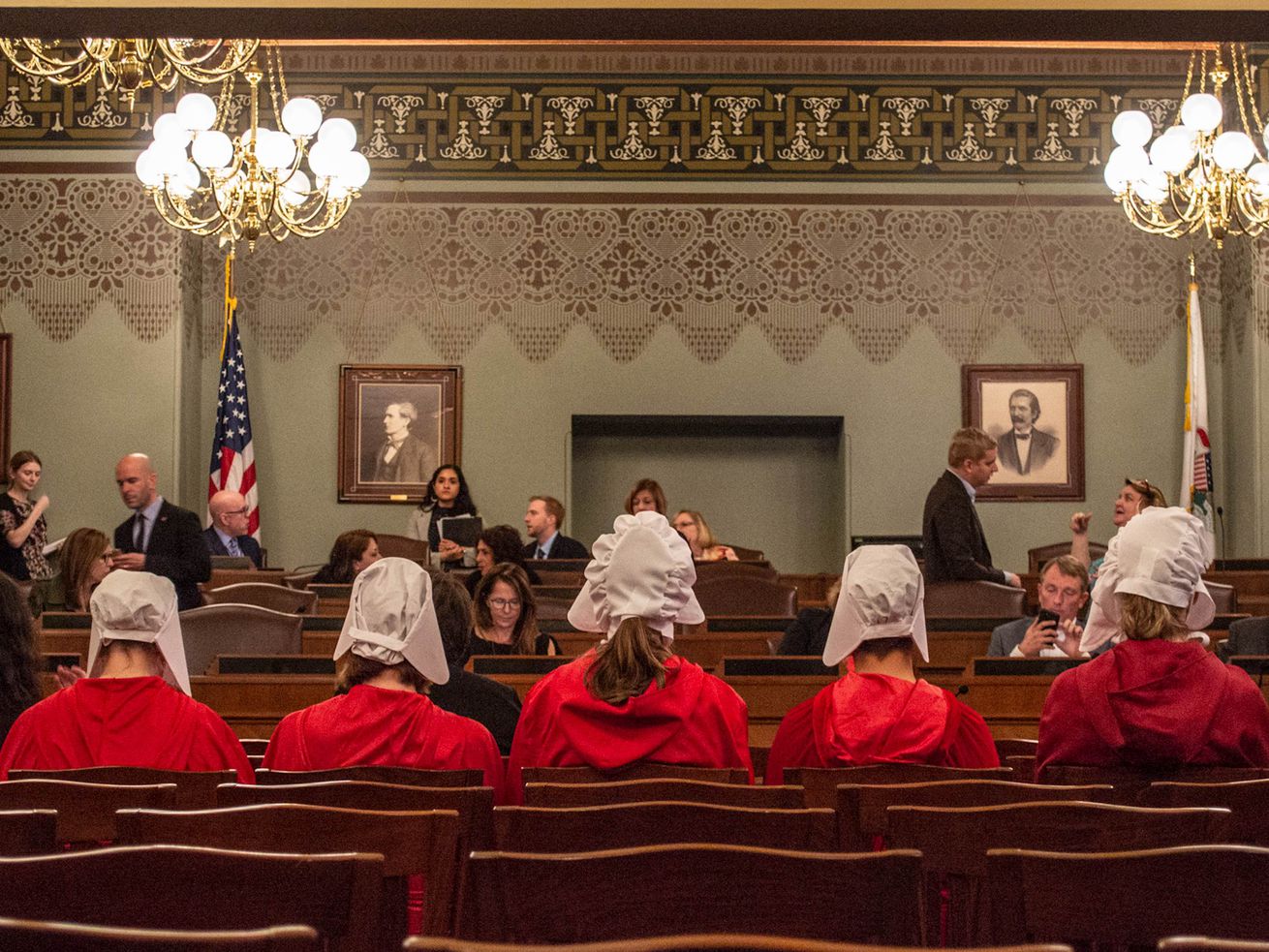 SPRINGFIELD — Legislation that would overhaul Illinois’ abortion statute was fiercely debated for the first time by a panel of lawmakers Sunday, with six days to go before the scheduled end of session.

The Reproductive Health Act, which backers and detractors agree would be the most liberal reproductive health care measure in the country, passed out of committee by a party line vote. It received no Republican support.

To advance the initiative, Chicago Democratic Rep. Kelly Cassidy, the bill’s sponsor, abandoned her originally-filed legislation and amended another one in what is often referred to under the dome as “gut and replace.” The new measure is Senate Bill 25.

It was a move that caught some conservative House legislators off guard. Rep. Tom Demmer, a Republican from Dixon, expressed his frustration the initiative was “resurrected” without enough time for his colleagues or constituents to prepare for the committee hearing.

“People who had been watching this, tracking the process of it, people who cared deeply about it on either side didn’t know the bill was going to come back today,” he said. “At 6:08 that posting was made for a meeting that, not exaggerating here, was scheduled to begin at 7:08, exactly one hour after the posting — the absolute minimum amount of time that could be offered for a bill to be considered by a committee of this house.”

Another, Republican Rep. Terri Bryant, from Murphysboro, drove to Springfield from a Memorial Day event in her district to be present for the committee hearing.

The way the act is being legislated “is a miscarriage of justice,” she said. “I’m not trying to be dramatic about this, but you know this is an issue I’m very passionate about.”

Cassidy’s originally-filed measure, House Bill 2495, was stuck in legislative limbo since early March with the other reproductive health care and abortion-related bills introduced this session.

Recent calls for action on the act were spurred by laws passed in states nationwide, including Alabama, Georgia, Missouri and Ohio, that restrict access to abortion. Some of those states hope to get those statutes before the U.S. Supreme Court in an effort to challenge the 1973 case Roe v. Wade, which legalized abortion across the country.

“Quite frankly, as we watch this parade of horribles in state after state after state, it’s nice to be able to do something about it,” Cassidy said. “It feels good to be able to have the opportunity to fight back and push back to defend these rights with as much force and vigor as our opponents … in other states and to make very clear who we are in Illinois. This is a very clear statement of that.”

Opponents, such as Rep. Avery Bourne, a Republican from Raymond, pointed to language in a law signed by former Gov. Bruce Rauner that solidified abortion would remain legal in Illinois should Roe v. Wade be overturned. She asked if the Reproductive Health Act would be necessary taking that into account.

If the case was overturned, Cassidy responded, the harm would be for the possibility of lower courts to allow for currently-enjoined laws to be enforced. For example, there is a statute on the books that places criminal penalties on doctors who perform abortions — that would be repealed under the proposed measure.

The language of the act Cassidy filed Sunday combines the bill she originally filed with two amendments she proposed at the end of March as well as a new amendment.

According to the originally-filed version of the legislation, reproductive health would be preserved as a “fundamental right.”

The measure blocks Illinois from intruding in a woman’s decision to carry a pregnancy to term, opt for an abortion procedure or any other reproductive health care choice and, should she feel this right was violated, it creates an avenue for her to bring a lawsuit. The legislation additionally bars local governmental bodies from impairing access to contraception or procedures such as abortion but allows them to pass rules strengthening reproductive health care.

The bill requires health care professionals to file a report of each abortion they perform with the Department of Public Health but does not specify the type of information to be collected and reported as current statute mandates. It also exempts these documents from Freedom of Information requests.

Democratic Gov. J.B. Pritzker has vowed to “make Illinois the most progressive state in the nation for access to reproductive health care,” seemingly indicating he would sign the bill if it arrived on his desk. Before then, the act would have to be approved by the Senate.

In an emailed statement Sunday night, his spokesperson said “the governor is a lifelong advocate for a women’s right to choose and with recent attacks on access to reproductive health care across the country, the governor applauds the House for taking an important step toward sending him a bill that will protect women’s rights in Illinois.”

“The time for recognizing abortion as health care in Illinois is long overdue,” Planned Parenthood of Illinois President Jennifer Welch said in a statement Sunday. “We’re looking forward to the bill moving quickly through committee to a full vote in the General Assembly and off to the Governor’s desk for his signature.”

Chicago Mayor Lori Lightfoot applauded the vote in a statement Sunday night. “With the onslaught of attacks against reproductive rights happening all across the country, we must act to double down on protections here in Illinois,” Lightfoot said. “The time is now to ensure that we preserve access to safe, legal abortion in our state. We won’t go backwards. The full General Assembly must act swiftly to pass the RHA.”