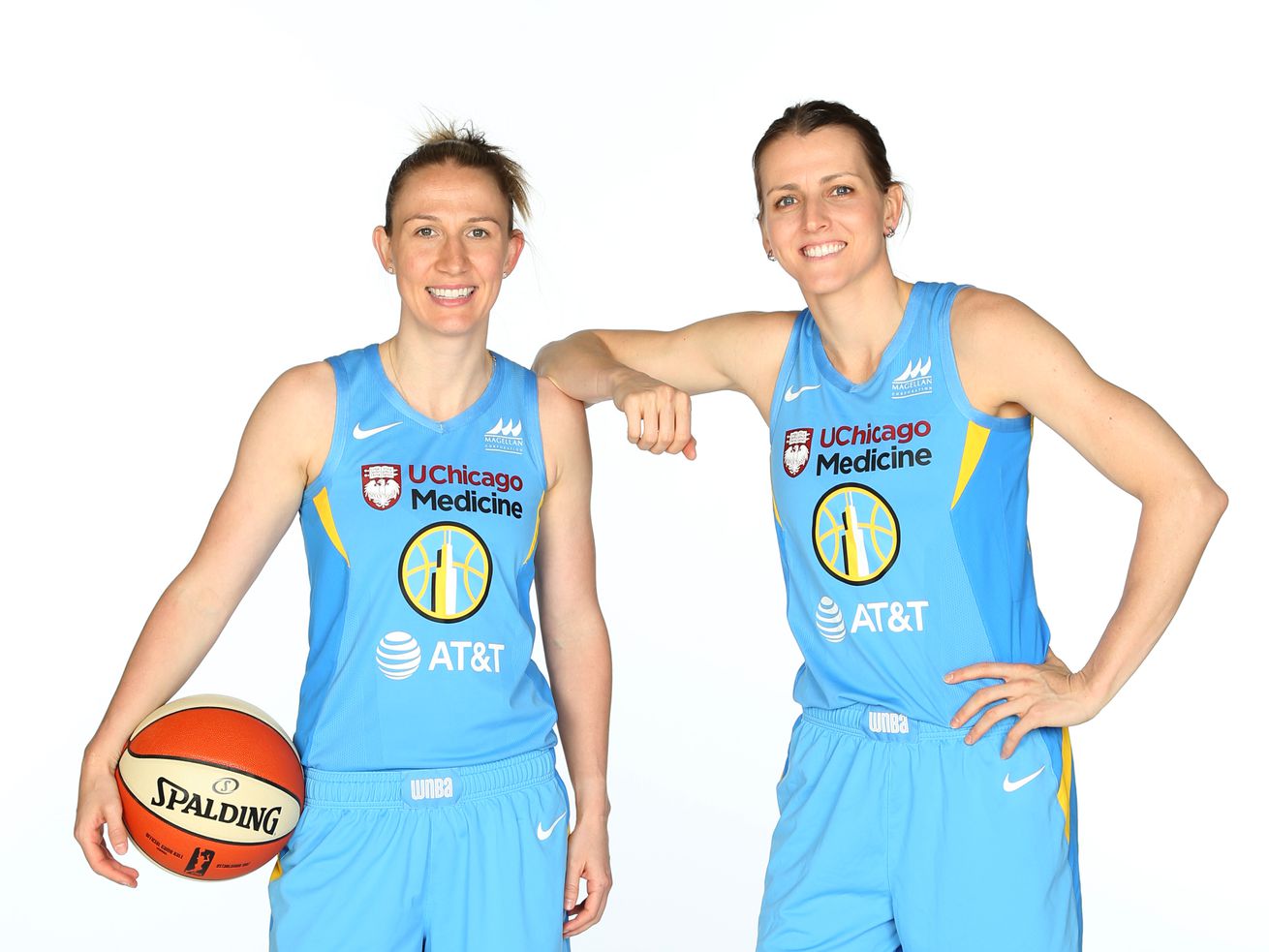 Allie Quigley and Courtney Vandersloot are the first married couple to be teammates in Chicago sports history.

Guards Allie Quigley and Courtney Vandersloot made history last week when they became the first married couple to be teammates on a Chicago professional sports team.

The Sky, who opened their season on the road with a loss to the Lynx on May 25, will host the Storm for their home opener on Saturday. It’ll be the first time fans will be able to watch Quigley and Vandersloot play together at Wintrust Arena since they eloped this offseason.

It’s almost poetic that the event is happening on the first day of “Prime Month,” which celebrates the LGBTQ community.

Quigley and Vandersloot got married Dec. 27 during a private ceremony surrounded by friends and family in Seattle, which is near Vandersloot’s hometown of Kent, Washington. The couple later announced they tied in the knot in a series of Instagram posts.

Coach James Wade said he’s proud to have Quigley and Vandersloot as leaders on the Sky.

“I’m happy that we’re able to have them and that they’re in a safe place where they’re happy and comfortable and nobody bats an eye,” Wade said. “That’s cool.”

Quigley and Vandersloot aren’t the first married couple to be teammates in the WNBA. DeWanna Bonner and Candice Dupree wed in 2016 when they both played for the Mercury. Dupree was traded an offseason later to the Fever. Other leagues like the NWSL have also had players who were teammates and married.

Wade is proud to be part of a league, who prioritizes making sure everyone feels welcomes. the league’s efforts to make everyone feel welcome.

“I think the WNBA is probably miles ahead of any sports league or organization for how inclusive we are, how accepting we are of everybody,” Wade said. “I’ve always appreciated that since I started watching the WNBA, since my wife played in the WNBA.

Point guard Jamierra Faulkner was listed as probable for the Sky’s home opener on Saturday.

At the surface, the news made fans optimistic that they’ll see Faulkner in action for the first time since she tore her ACL in her right knee last July. But Faulkner said she still has a long ways to go in terms of her recovery.

Faulkner has been “taking it easy” while participating in parts of practices this week.

“I still have some time,” Faulkner said. “I’m just taking it day-by-day and going off of what the doctor says, and where he thinks I should be at right now.”

Last month at media day, Faulkner said she expected to be back toward the end of June.

”It’s too early to say,” Faulkner said. “I don’t want to put a time on it because I really don’t know.”