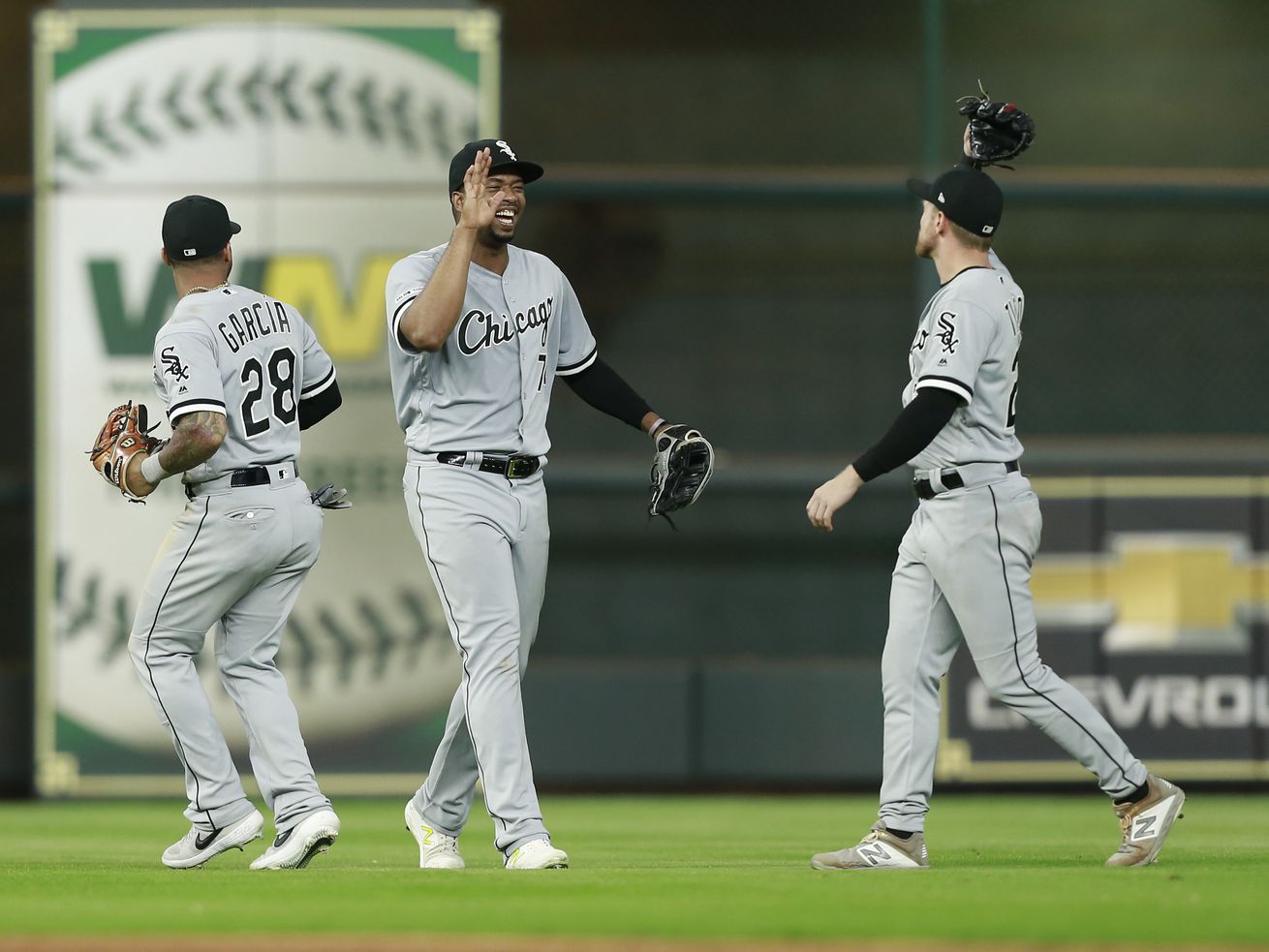 HOUSTON — Eloy Jimenez was 0-for-7 coming off the injured list.

The White Sox’ prized outfield prospect connected on a thigh-high 2-2 slider from tough right-hander Gerrit Cole his first time up Wednesday. He added another solo blast to right-center in the eighth inning off Brady Rodgers, the latter on a fastball.

A couple of hours earlier, manager Rick Renteria was talking about Jimenez being attacked with breaking pitches.

“He’ll make an adjustment,” Renteria said. “We’ve spoken about that. It’s about recognizing pitches. The more you see them, the greater chance you have of pinpointing where pitches are supposed to start. Height, angle, depth, all those things come with experience in time.”

It’s one thing for a right-handed-hitting rookie to resume play after three weeks off because of injury. It’s another to do it facing righties Brad Peacock, Justin Verlander and Cole. Jimenez fanned three times Tuesday against Verlander, who allowed one hit.

“It was [a relief] because it’s been tough, especially yesterday and it was against one of the best pitchers, too,” Jimenez said. “He has really good stuff.”

It was the second multi-homer game for Jimenez, who did it at Yankee Stadium April 12.

Get ground balls, and good things can happen. That was the formula for Sox right-hander Ivan Nova, who watched Yoan Moncada, Yolmer Sanchez and Jose Abreu complete a 5-4-3 triple play in the third inning, started on fleet Jake Marisnick’s sharp ground ball to Moncada at third base. Nova also induced four double plays.

“I moved closer to the base right before that pitch,” Moncada said through translator Billy Russo. “I knew he was a pull hitter who hits the ball hard. I just reacted.

A slam for Tilson

“They’ve been throwing me fastballs all series,” Tilson said. “Big moment in the game, I wanted to be ready, I didn’t want to be late.

“Just pure excitement for me.”

The New Trier grad will give the ball to his parents, who were watching the game on television.

The Sox had a triple play and grand slam in the same game for the first time in franchise history. It was the fourth time that has happened since 1979.

In a move done in part to freshen a relief corps that started a seven-game road trip with a bullpen day, right-hander Thyago Vieira was recalled from Class AAA Charlotte, filling the roster spot of righty Jose Ruiz, who was optioned to Charlotte on Tuesday. Vieira, 26, opened the ninth with a six-run lead but was replaced by closer Alex Colome after he loaded the bases.

Jose Abreu homered in back to back games for the 24th time in his career. Abreu has 40 RBI, tied for second in the AL with Adalberto Mondesi and trailing the Astros George Springer, who hasn’t played in the series because of a sore back.

* The Sox (22-16) halted a nine-game losing streak against the Astros.