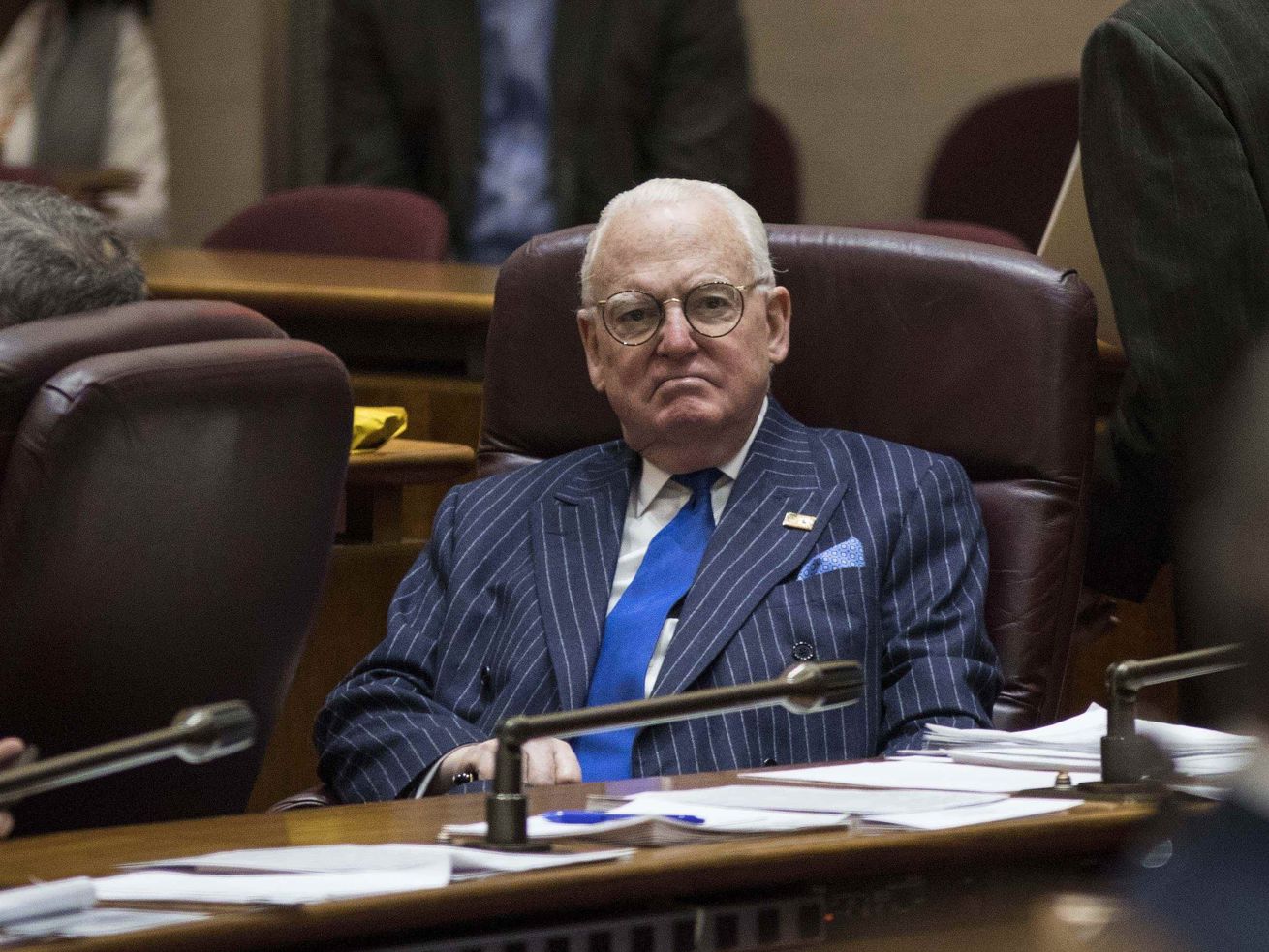 The embattled alderman and his top political aide, Peter Andrews, have been named as defendants in a bribery case involving a Lake Forest developer.

Burke and his aide, Peter J. Andrews, were named as new defendants in the federal bribery case against developer Charles Cui.

Cui is accused of allegedly using Burke’s law firm for property tax appeal work as Cui sought a sign permit that was critical to a redevelopment project on the Northwest Side. Burke was not originally charged in the case, which was brought earlier this year, but was implicated throughout the charges against Cui.

Details of the new charges against Burke and Andrews were not immediately available.

The new revelation arrives six months after the feds rocked City Hall in the midst of a pivotal election, one that ended with a landslide victory for new Mayor Lori Lightfoot.

The first bombshell arrived when the FBI raided Burke’s City Hall office Nov. 29, papering over the windows and spending about seven hours inside.

Earlier that morning of the raid, FBI agents also paid a visit to the Mount Greenwood home of Andrews, the Sun-Times has reported. Andrews is the chairman of Burke’s Burnham Committee, the alderman’s largest campaign fund.

Then, in early January, prosecutors filed a criminal complaint against Burke, charging him with attempted extortion. They alleged he shook down a pair of Burger King executives who had wanted in spring 2017 to remodel a restaurant near 41st and Pulaski. Along the way, they sought a building permit and an aldermanic acknowledgment letter from Burke.

Burke wound up taking the executives to lunch at the Beverly Country Club, where he allegedly told them his private law firm handled property tax reductions. One of the executives “read between the lines” and believed Burke was soliciting work in exchange for his help with permits for the restaurant, according to the feds.

Later, Burke allegedly gave the green light to a ward employee who offered to play “hardball” with the executives when they failed to hire his firm. Eventually, the company agreed to steer business his way — and quick City Hall permit approval allegedly followed — but Burke’s firm was not hired in the end.

A few weeks after those allegations appeared in the criminal complaint unsealed Jan. 3, the Chicago Sun-Times revealed that then-Ald. Danny Solis had also been entangled in the investigation.

The retiring 25th Ward alderman and then-chair of the city’s Zoning Committee had begun secretly recording Burke two years earlier, after federal investigators built a corruption case against him. Solis allegedly received sex acts, Viagra, use of a luxury farm and campaign contributions in exchange for shepherding official City Council actions, according to an explosive federal court affidavit first obtained by the Sun-Times in January.

The back-to-back revelations put public corruption front-and-center in the mayoral and aldermanic elections this year. The campaign ended in April with the election of Lightfoot, a former federal prosecutor. However, Burke managed to hold on to his aldermanic seat even with a corruption charge hanging over his head.

In April, Burke faced additional problems when Cui was charged with bribery for allegedly using Burke’s law firm for property tax appeal work as he sought a sign permit that was critical to a redevelopment project of Cui’s on the Northwest Side.

When Lightfoot took office May 20, she promised reform and complained of public officials who enrich themselves with “shady back-room deals.”

“Stopping it isn’t just in the city’s interest,” Lightfoot said in her inaugural address. “It’s in the City Council’s own interest.”

On Wednesday, at her first City Council meeting, Lightfoot made quick work of Burke by quickly dismissing the alderman’s complaints about the City Council rules drafted by her administration.