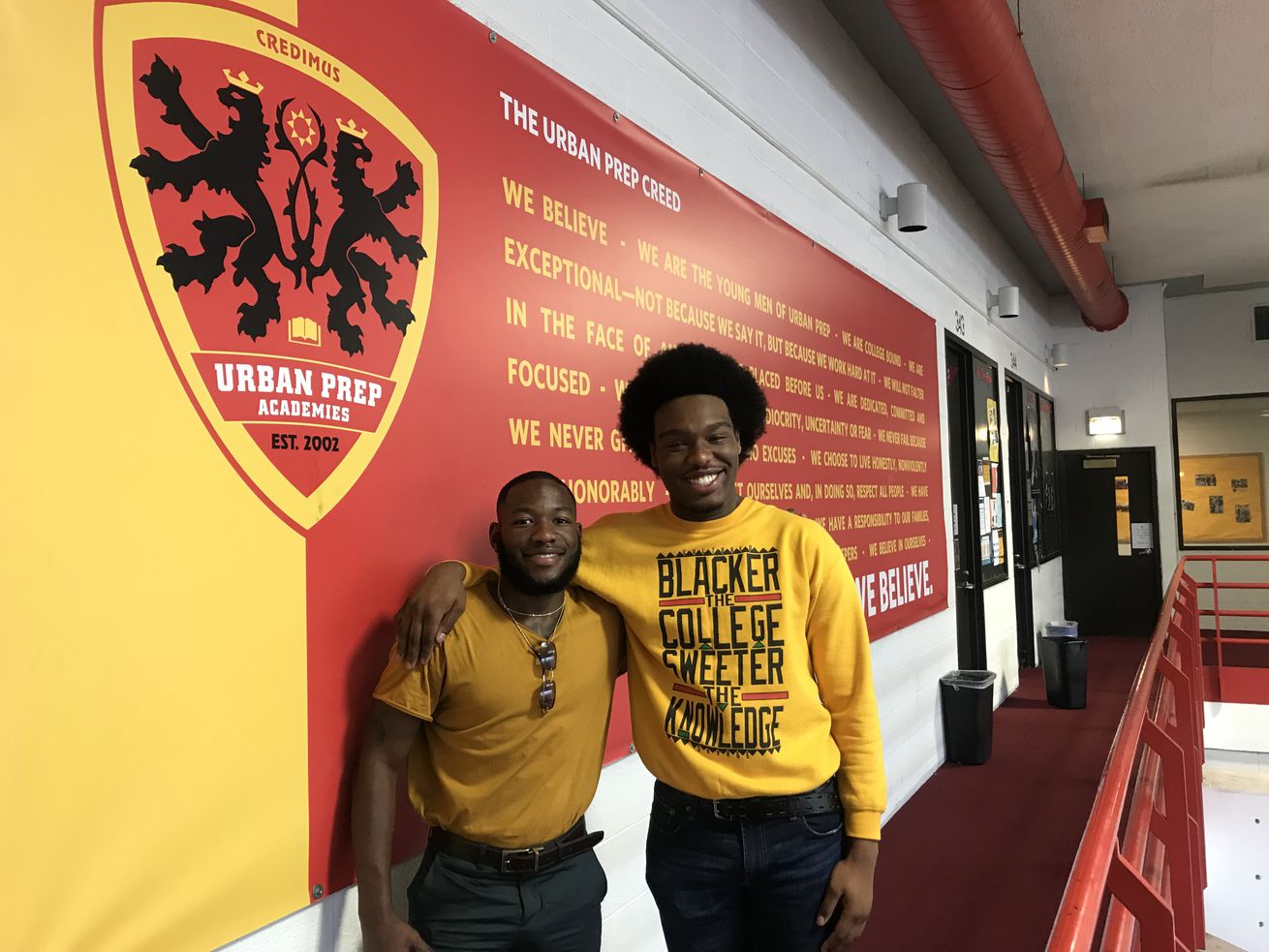 Jacquese Harrison and other local graduates look to pay it forward after a wealthy alum agreed to pay off the debt of the class of 2019.

This week, when Chicago native Jacquese Harrison starts a job as a charter school teacher in one of the most expensive cities in the world, he’ll do so with a huge benefit: No college debt to pay off.

That’s because of the unprecedented pledge from Morehouse alumnus and billionaire investor Robert F. Smith, who promised to pay off any loans owed by members of the class of 2019.

Harrison, who will also pursue a master’s degree in the art of teaching at Relay Graduate School of Education in New York, realizes his good fortune of not having to worry about loan payments as he embarks on the next chapter of his life.

In recent interviews, Harrison and two other graduates of Morehouse who grew up in the Chicago area said they remain as stunned now as they were at the time the pledge was made by Smith at their graduation ceremony May. They all plan to “pay it forward” — as Smith requested of them — with hopes of helping other students of limited means attend college.

That debt totaled about $40 million for the almost 400 all-male graduates at the historically black college in Atlanta. Tuition and fees added up to about $48,500 for the 2018-2019 school year, according to the Morehouse website.

“I couldn’t believe it,” Harrison said. “ … At the ceremony when [Smith] kept repeating we’re all debt-free, I turned to the person to the left of me and asked who he was talking to.”

Harrison, the oldest of five siblings, was the first in his family to graduate from a four-year university. Even before the pledge, though, he was able to secure major assistance that helped him make the decision to enroll at Morehouse.

“I knew no one in my family could take out loans and I needed to find the money elsewhere so I applied to scholarships hoping to hear back before school starts,” Harrison said. “I got a scholarship from the Morehouse Alumni Association which left me with only $40,000 in debt rather than the $100,00 I would’ve had to pay off.”

But even with the daunting price tag, Harrison said college was a must for him because, he said, he wanted to show his siblings and “everyone around me that it is possible, especially coming from the ‘hood.”

Harrison now wants to give back by creating a resource center for teens looking to apply to college but may need assistance or guidance on how to have a successful college career.

Nationally, there is an estimated $1.4 trillion in student loan debt; the average student, upon graduating, owes $32,172, according to data from 2017 from debt.org/students.

“I want to eventually help underprivileged students, such as myself at one point, who want to go to college, want to make the stride in life and want to be one of the first ones or second ones [in their family] to be able to do it,” Harrison said.

‘Happy for my brothers’

Also graduating from Morehouse that day was Jamel Chambers who, like Harrison, attended Urban Prep Academy in Englewood, an all-boys public charter high school. Chambers and Harrison said the all-male atmosphere of that high school is one reason they chose Morehouse.

Chambers is the fourth Morehouse alumnus in his family. It was his dream school since he was a kid, and he’s happy to finally call himself “a Morehouse man.”

But Chambers, who graduated with a political science degree, already had a full scholarship as a Gates Millennium Scholar. The scholarship is awarded to high-achieving students of color who demonstrate significant financial need.

“When Mr. Smith said he was paying off loans I, of course, got excited but then realized I had no debt,” Chambers said. “But I was happy for my brothers who could graduate debt-free as well.”

Chambers, who hopes to attend law school in the near future, said he now plans to help others get a debt-free start.

“My Morehouse brothers and I thought, ‘What can we do now to ensure we live up to the expectations that we set in our class?’” he said. “We want to put things in a place which would help future graduates at Morehouse with their debt.”

Another student in the audience when the pledge was made was Evanston Township High School graduate Mark-Daniel Shelton, who called it a “major blessing we’ve been gifted with.”

“Student debt impacts so many Americans today, especially minorities, and blessings like this have extraordinary implications in terms of generational wealth,” the psychology major said. “This gift from Smith was not a handout, but rather a helping hand.”

Shelton declined to say how much student debt he would’ve graduated with.

Currently, Shelton is finishing up a Tuck Business Bridge Program at Dartmouth College and, on Monday, will start as a Google financial analyst in California.

He said in the future, he wants to give back to institutions who support minority growth — just like Smith.