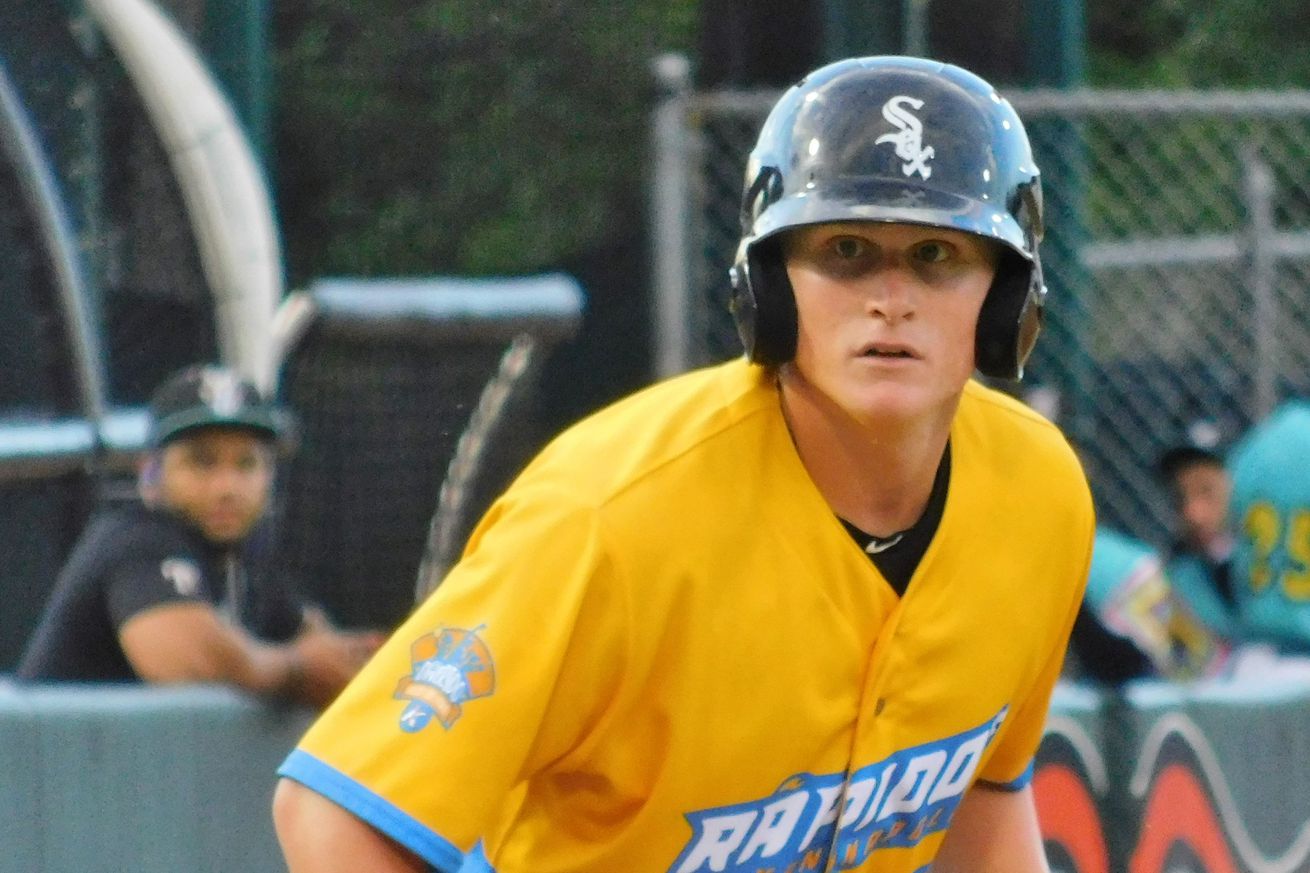 A look into this year’s signings from the draft, UDFA and the international signing day

True grades for each rookie class should be provided once a full five years have elapsed after draft day. The baseball draft is different from the NFL and NBA, and the NHL to a lesser degree, because many draft selections and undrafted free agent (UDFA) signings get opportunities to play for their respective teams almost immediately; for those sports, a three-year grade would certainly seem prudent. However, with incredibly rare exceptions, most members of baseball’s rookie classes usually spend a minimum of two years in the minors before even earning their calls up. So feel free to take my overall grade with a grain of salt, especially because some players have yet to even swing a bat or hurl a pitch in the minors. Individual grades for each player won’t be supplied — this is just a complete, premature grade for the entire signed rookie class, UDFA and international class to date.

Scouting Director Nick Hostetler executed a paradigm shift in this year’s June draft, ultimately changing his (and more likely, the team’s) philosophy on drafting prep players. Last year, the team signed four such athletes, with two selections in the first 10 rounds and another two (both from Puerto Rico) in the subsequent 10 — and this was actually seen as a significant change from the two previous years.

Perhaps because the status of the rebuild has changed, or simply because the talent level presented itself as such, the White Sox actually selected six high-schoolers among their first 16 selections and 10 overall (eight have signed thus far, with a remote possibility of one additional signing by Friday, August 12 — just more than $190,000, of which the amount over $125,00 is considered over-slot, is still available for either Caeden Trenkle or Logan Britt).

Simply being prep players don’t make for great selections; however, prep players have much more time to struggle, learn from those struggles and hone their skills accordingly. Many college athletes can’t afford the luxury of a down year or injury, because at some point, they’d be considered too old for their league and no longer considered viable prospects. Not so with the prep prospects.

The first selection was a no-brainer, especially since the Orioles and Royals did the expected by drafting Adley Rutschman and Bobby Witt Jr. respectively. If the Sox had the pre-draft intention of drafting prep pitchers in the second and third rounds, they used their first pick to select the safest player, with arguably the best college bat to emerge in many a year. After picking Andrew Vaughn, the White Sox took two highly-esteemed, right-handed arms (Matthew Thompson and Andrew Dalquist) who the team knew would be expecting over-slot bonuses to lure them from their college commitments.

The White Sox then selected speedy Mississippi prep outfielder in the fourth round, and subsequently drafted six college seniors who likely would sign with significantly under-slot bonuses. This doesn’t mean the fifth-through-10th round picks are mere fodder. Fifth round selection Dan Metzdorf could have a Kyle Kubat-like career in store for him and enjoyed great success this year at Boston College. Karan Patel, a cricket player who is striving to be the first India-born native to reach the majors, had an outstanding senior campaign with Texas-San Antonio. Catcher Ivan Gonzalez displayed above-average hitting prowess at West Virginia, while Big South Conference pitchers Tyson Messer and Nate Pawelczyk all flashed potential this year as well.

The remaining 30 rounds were basically a hodgepodge of prep players and college seniors, with Texas A&M reliever Caleb Freeman the only collegiate non-senior who signed. Among the prep players chosen were defensive-minded catcher Victor Torres and speedy outfielder Misael Gonzalez in the 11th and 12th rounds from Puerto Rico, powerful local third baseman D.J. Gladney in the 16th, Oklahoma prep player of the year Logan Glass in Round 22, and plus-hitting outfielder Chase Krogman in the 35th round.

Even though the team looks unlikely to lure 28th-rounder Caeden Trenkle and 35th-rounder Logan Britt from their college commitments, it still turned out to be quite an impressive haul. This is not to dismiss the college seniors chosen in the draft, as some like Sammy Peralta, Pauly Milto and Justin Friedman already have performed admirably.

Even without signing Britt or Trinkle, the White Sox ended up inking 37 of their 40 draft selections. That’s quite incredible, considering the vast number of signed prep players, who (with the exception of Beard) all required significant over-slot bonuses — especially Thompson and Dalquist. With these signings, the Sox improved the team’s overall depth not just by mere numbers but by talent as well. They’ve also expanded their rebuild window, with the signings of multiple prep pitchers and hitters, which is something that certainly can’t be discounted.

After the draft, the Sox signed two undrafted free agents: Vlad Nuñez Jr. of Stetson and Allan Beer of Bradley. Both closed games for their respective squads this year, and both have a chance to earn roles in full-season leagues. Most UDFA selections go nowhere, although some have enjoyed productive professional careers, including Bruce Sutter, Frank White, Larry Bowa, Kevin Mitchell and Bobby Bonilla, to name just a few.

According to Baseball America, the Sox have signed six international players since Signing Day on July 2. One of them, Cuban shortstop Yolbert Sánchez, was ranked in the Top 20 by FanGraphs, signing for nearly half the team’s available bonus pool money with a $2.5 million deal. A former teammate of Luis Robert in Cuba, Sánchez is an extremely polished shortstop defensively, with an above-average arm and speed. Though his offense isn’t as advanced as his defense, Sánchez should move through the system rapidly, as he’s significantly older (22) than the traditional international prospect.

Other top selections include power-hitting third basemen Elijah Tatís and Wilfred Veras, both sons of former major leaguers and both closely related to Fernando Tatís. A couple of interesting arms were acquired as well, particularly Cristian Mena, who is throwing low-90s with a nasty curveball at just 16. Less is known about fellow Dominican Erick Bello. For good measure, the Sox also signed Venezuelan catcher Ricardo Aguilar.

Though the number of international signings falls well below what other teams have done thus far, the quality seems to be there — especially for the first four players mentioned. The Sox still have well more than $1.7 million available to spend, and they did quite well last year despite deeper financial limitations, thanks to the astute scouting ability of director Marco Paddy. With little money to spend on bonuses, the White Sox signed Bryan Ramos, Jose Rodriguez, Samil Polanco and Benyamin Bailey (among others), who’ve all performed exceptionally well thus far in 2019. It’s not unreasonable to believe the Sox could continue to find additional diamonds in the rough over the next 11 months.

The White Sox have added 45 players onto its payroll since Draft Day. They constitute the following positions:

While this year’s rookie class isn’t exactly a home run, it’s not far off the mark. The unexpected multitude of prep signings already have made this quite the intriguing draft. The Sox have added significant power over the past couple months: Vaughn, Gladney, Glass, Tatís and Veras, just to name a few. Speed is also omnipresent in the likes of the otherwordly Beard and Misael Gonzalez. Starting pitching has been added with Thompson, Dalquist, Metzdorf and Mena. Powerful relief options have been added, including Peralta, Moore and Freeman. Defense has been added with the likes of Sánchez and Torres.

One side note before I deliver my grade. I did my best to avoid looking at stats produced thus far by these new additions. It will take a while for the younger guys to become acclimated to the speed of the game, and college seniors may be fatigued due to the extended season. Also, some success of the college seniors should be taken with a grain of salt (though it shouldn’t be totally discounted), because they’re often performing against players much younger.

It’s difficult to give the team an A+, or even an A, based upon their relatively low number of international selections and the relative lack of high ceilings of picks 5-10 (albeit necessitated by drafting both Thompson and Dalquist). With that said, this draft should receive high marks at this oh-so-early stage based on the high upsides of the top four picks, multiple signed prep selections, and the top four international choices (Sánchez, Tatís, Veras and Mena).

As a result, I’m giving this rookie class an A-. Hopefully that grade will remain the same, if not better, five years from now. Stay tuned!