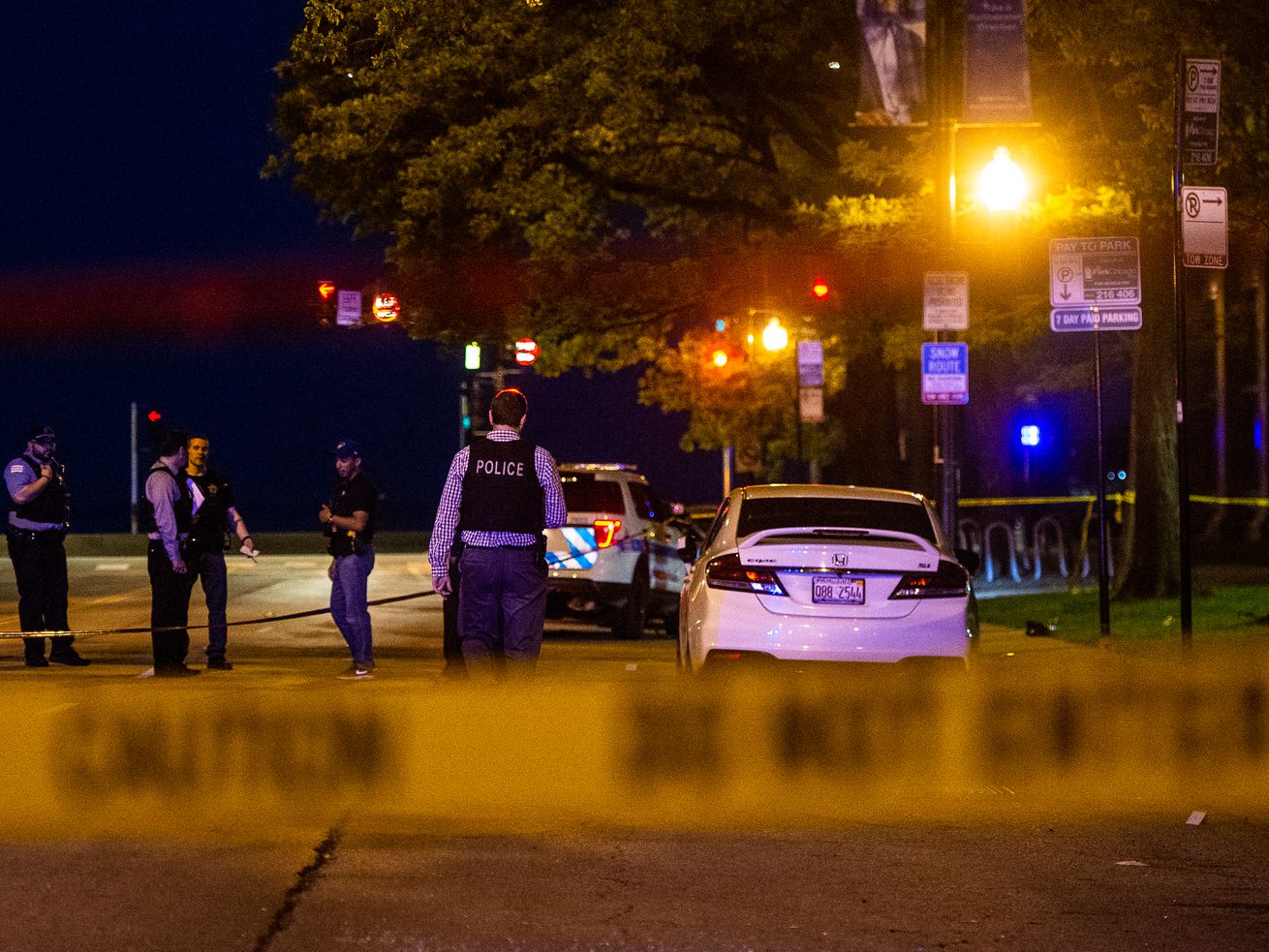 The weekend’s shooting victims include two people killed in separate Humboldt Park incidents and four wounded in the Gold Coast.

At least 44 people have been shot in Chicago since Friday evening, the large majority of whom were wounded in a rash of violence during the first 12 hours of the weekend, leaving eight people dead by early Sunday morning.

In the weekend’s latest shooting, two men were killed while driving through Old Town on the North Side.

The pair, 22 and 25 years old, were westbound in the 100 block of West North Avenue just before 6 a.m. Sunday when people in another vehicle began shooting at them, Chicago police said.

The 22-year-old was shot multiple times in the back and the 25-year-old suffered multiple gunshot wounds to the body, police said. Both men were pronounced dead on the scene.

The other vehicle fled north on LaSalle Drive, police said. The victims’ vehicle was found with more than a dozen bullet holes.

A few hours earlier, a 26-year-old woman was shot and killed in Fuller Park.

She was outside in the 4900 block of South Princeton Avenue about 4 a.m. when gunfire erupted, Chicago police said. She was struck in the chest and pronounced dead at the University of Chicago Medical Center.

Saturday, a man was found with a fatal gunshot wound in Albany Park on the Northwest Side.

Officials found 20-year-old Piotr Rbaliczek in a vehicle about 6:29 a.m. in the 4300 block of North Mozart Street, police and the Cook County medical examiner’s office said. He had been shot in the neck and was pronounced on the scene. The circumstances of the shooting remain unclear.

Earlier, authorities responding to a ShotSpotter gunshot detection alert discovered a homicide at 4:11 a.m. in the 7700 block of South Morgan in the South Side Gresham neighborhood, according to police.

Christopher Walton, 29, man had been shot in the chest and he later died at the University of Chicago Medical Center, authorities said.

Tabarie Nix, 24, was on the sidewalk about 11:45 p.m. in the 900 block of North Karlov when a gunman walked up and shot him in the neck and arm, authorities said. Nix was pronounced dead at Norwegian American Hospital.

An hour before that, 32-year-old Tellez Ricardo was standing in the 1500 block of North Keeler when someone in a red car pulled up and fired shots, authorities said. He was taken to Illinois Masonic Medical Center with gunshot wounds to the chest and was later pronounced dead.

The Gresham neighborhood was also the scene of the weekend’s earliest slaying.

Anthony Robinson, 37, was walking about 8:45 p.m. in the 1700 block of West 79th Street when a male leaving a gangway fired shots, authorities said. He was struck in the head, chest and shoulder, and pronounced dead at Christ Medical Center in Oak Lawn.

A 28-year-old man and 26-year-old man were standing outside a red van about 2 a.m. in the 300 block of East Chicago Avenue when they heard gunfire and realized they had been shot, police said. They saw several vehicles drive away from the scene.

Two other men in the same block were also shot, police said. A 28-year-old man was grazed in the head, and a 25-year-old was shot in the head.

All four men went to area hospitals where their conditions were stabilized.

On the West Side, a woman crashed her vehicle after being shot Friday in Austin.

The 22-year-old was in a vehicle about 10:35 p.m. in the 4800 block of West Van Buren Street when someone opened fire, police said. She drove off a couple blocks before crashing her vehicle.

The woman was taken to Mount Sinai Hospital with a gunshot wound to the knee, police said. Her condition was stabilized.

There have been 31 more people injured in shootings across the city since 5 p.m. Friday.