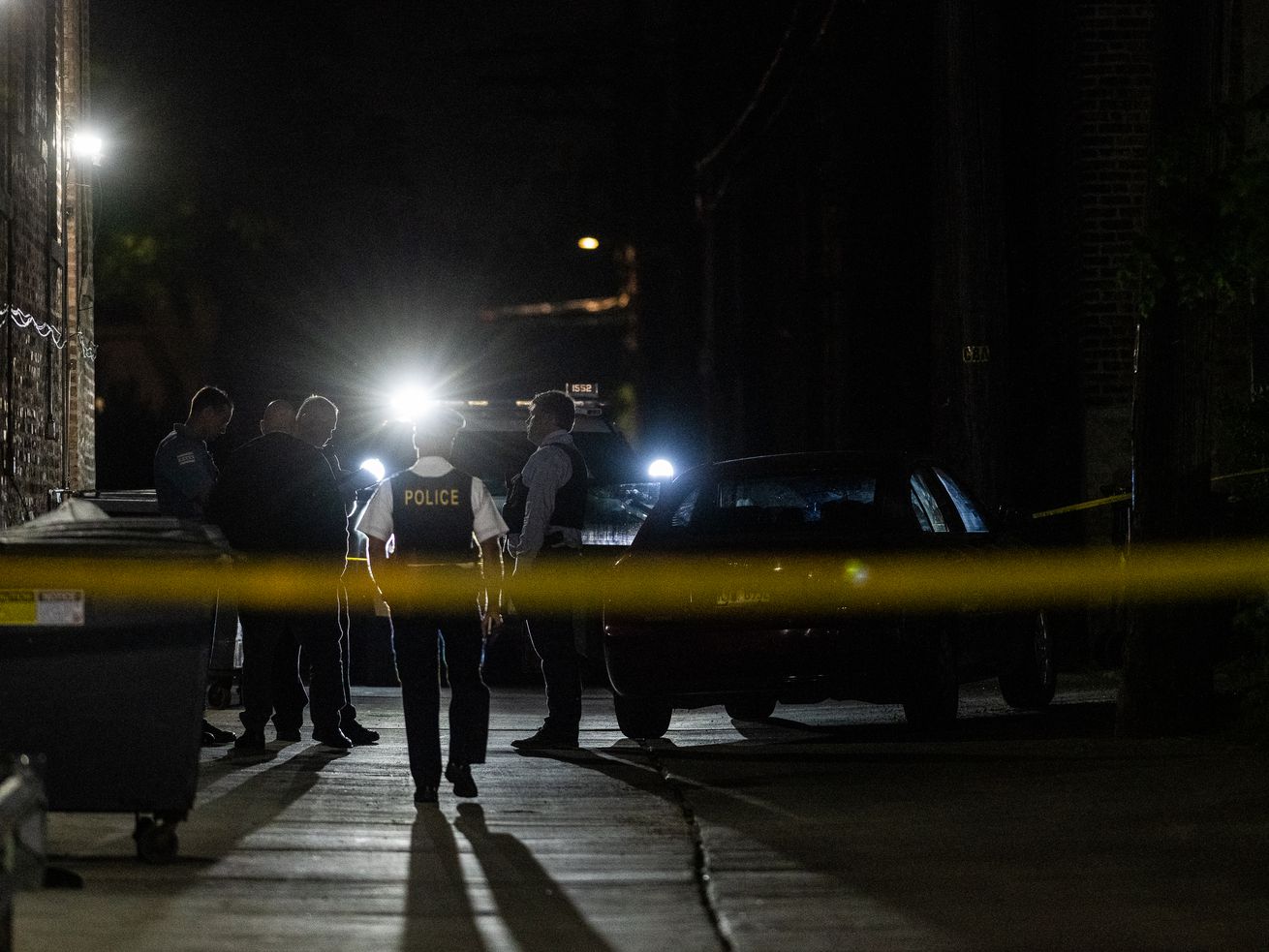 They were standing in a parking lot when someone opened fire from across the street, police said.

Four people were wounded by gunfire Saturday in Austin.

They were in a parking lot about 9:47 p.m. in the 5600 block of West Madison Street when someone unleashed gunfire from across the street, Chicago police said.

A boy, 17, and a 22-year-old man were taken to Mount Sinai Hospital where their conditions were stabilized, police said. The teen was hit in the back, and the man suffered a gunshot wound to the arm.

It’s unclear if they were standing in a group when shots rang out and who the intended target was, police said. Area North detectives are investigating.

Bullets shattered the window at a nearby bus stop and a witness on the scene told the Sun-Times the shooters “must have had automatics” because he heard a lot of shots.

This marks the second incident within 24 hours in which at least four people were hurt in a shooting within city limits. The other took place about 2 a.m. near Northwestern University’s Chicago campus.