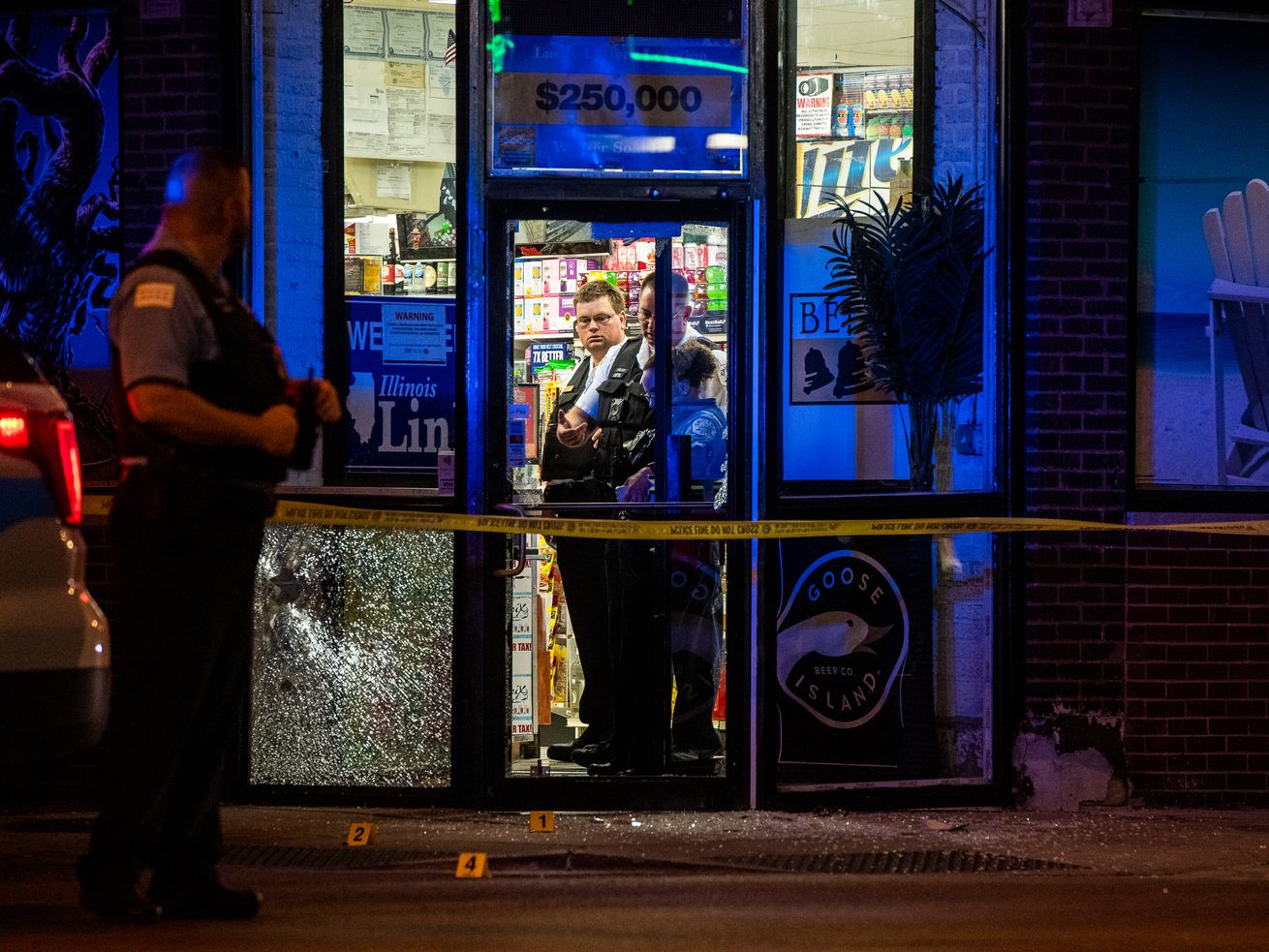 Chicago police investigate the scene where a man was shot, Sunday morning, in the 3100 block of West Montrose, in the Albany Park neighborhood. | Tyler LaRiviere/Sun-Times

Two men got out of their vehicles in the 3100 block of West Montrose Avenue and exchanged gunfire, police said.

Two men fired shots at each other outside a liquor store Sunday in Albany Park on the North Side.

A 40-year-old and a 23-year-old were arguing about 2:15 a.m. in the 3100 block of West Montrose Avenue when they exchanged gunfire, Chicago police said.

The older man was struck in the chest and was taken to Saint Francis Hospital in Evanston in critical condition, police said. They younger man was hit in the arm, and a friend took him to Swedish Covenant Hospital in good condition.

A police source said the 40-year-old man has a valid concealed-carry permit.

Area North detectives are questioning both men and investigating.