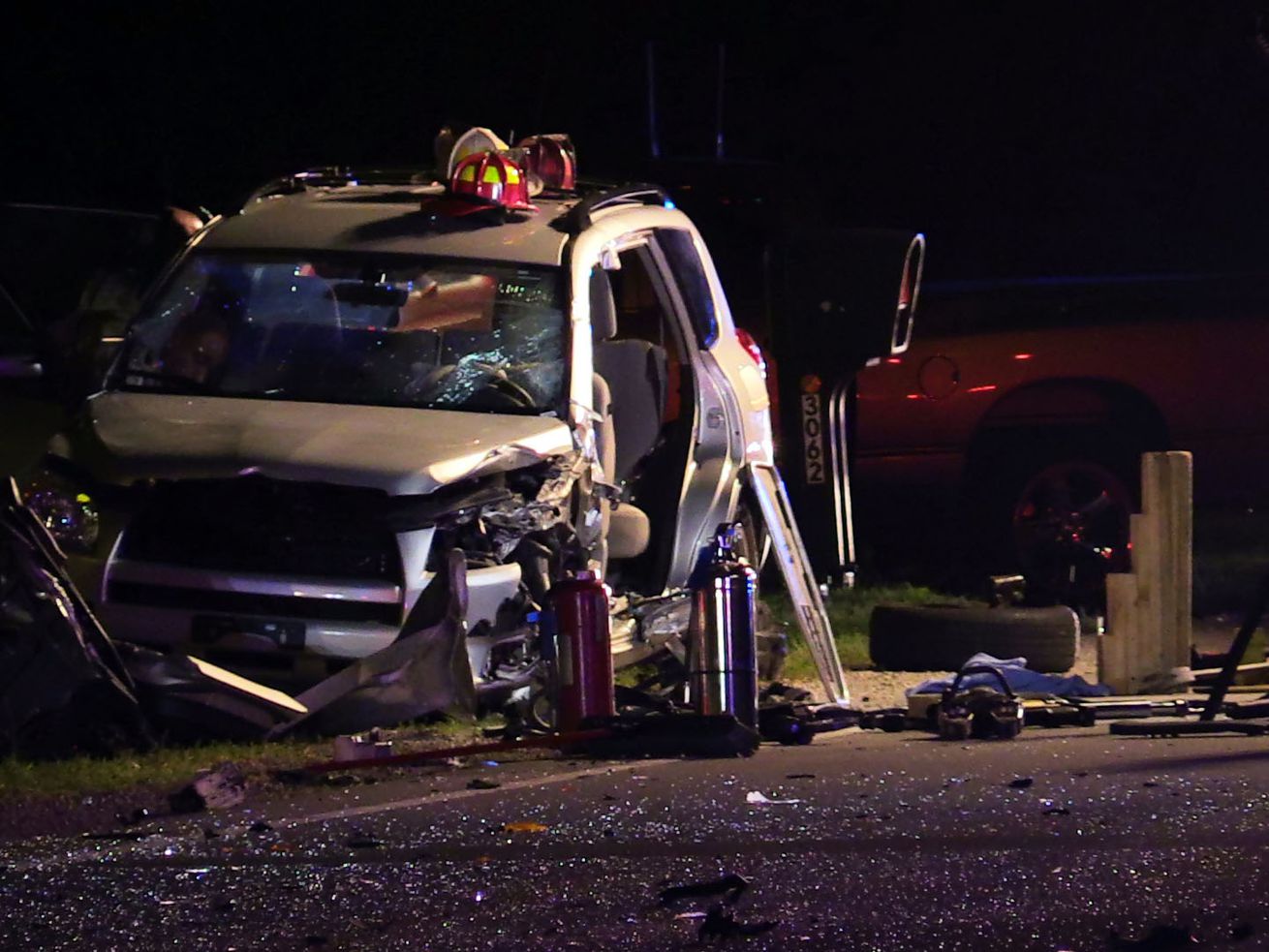 Firefighters work to extricate a man from a car after a collision in the 3000 block of East Glenwood Dyer Road, July 25, 2019, in Lynwood. | Justin Jackson/ Sun-Times

Two vehicles collided in the 3000 block of Glenwood Dyer Road, according to the Cook County sheriff’s office.

Two people were injured in a multi-vehicle crash Thursday in South Suburban Lynwood.

Police responded about 9:58 p.m. to the 3000 block of Glenwood Dyer Road for reports of a two vehicle collision, the Cook County sheriff’s office said.

The driver of one vehicle, a female, was taken to an area hospital for treatment and her condition was stabilized, the sheriff’s office said. The male driver of the other vehicle was extricated but was responsive and his condition was also stabilized.

Sheriff’s police are investigating the crash.