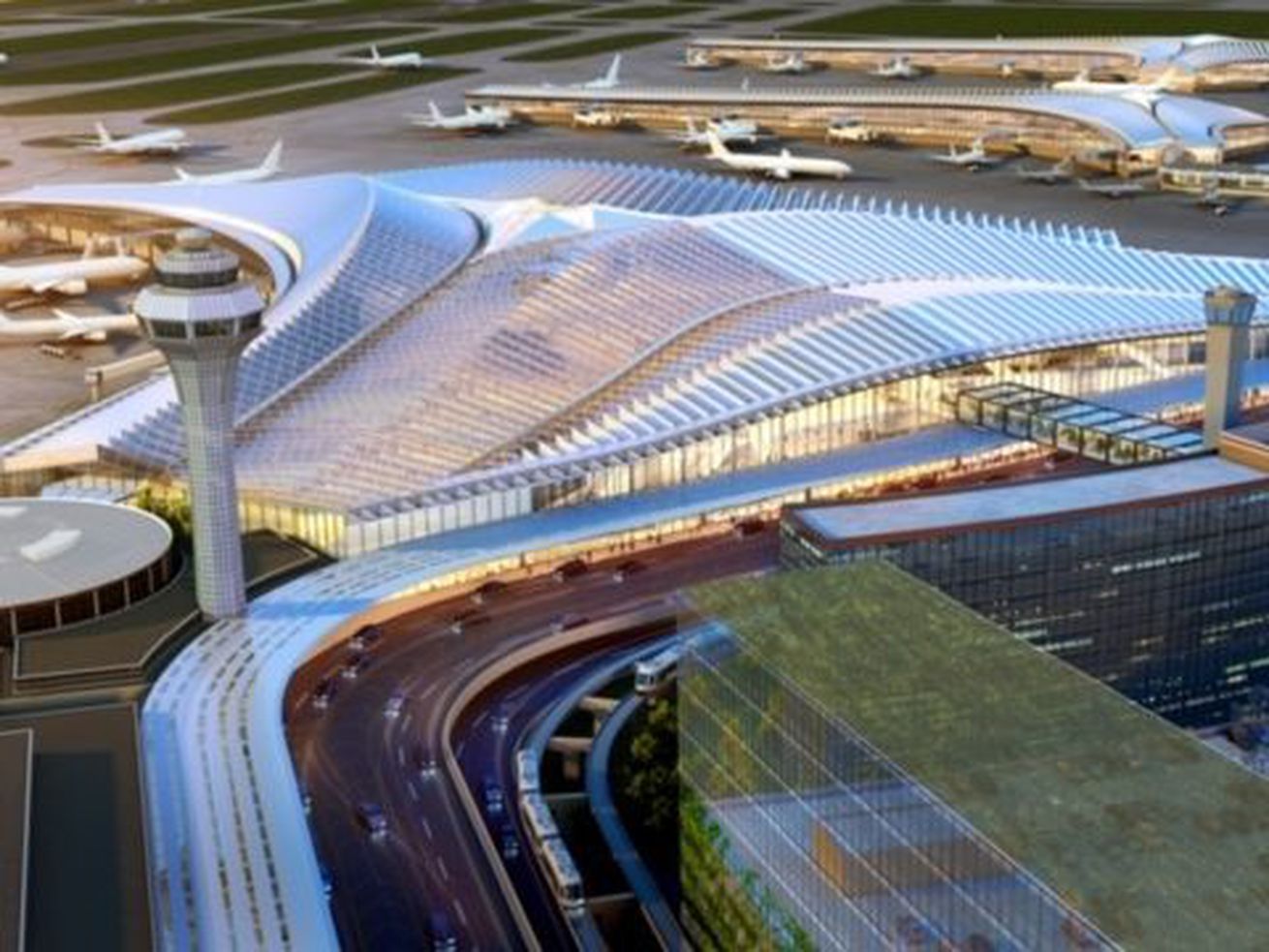 Mayor Lori Lightfoot was not happy with the secretive City Hall selection process that culminated in the choice of Gang, But, she apparently was not upset enough to order a do-over.

Mayor Lori Lightfoot was not happy with the secretive City Hall selection process that culminated in the choice of renowned Chicago architect Jeanne Gang to design the new $2.2 billion global terminal at O’Hare Airport that will be the centerpiece of a massive expansion project.

But, she apparently was not upset enough to order a do-over.

On Thursday, the Lightfoot administration went ahead and awarded a $160 million contract to Gang-led Studio ORD.

“As a Chicagoan, I understand deeply the importance of O’Hare to our city’s identity. And I am honored that my hometown has provided our team the opportunity to realize a design that can demonstrate Chicago’s unique culture, traditions and diversity to visitors and residents alike,” Gang, founding principal of studio Gang and leader designer of Studio ORD was quoted as saying in a press release.

“The new Global Terminal and Global concourse is a critical project for unlocking both O’Hare’s potential to be a leader in aviation and Chicago’s future success as a contemporary, economically strong and truly global city.”

Since taking office, Lightfoot has taken pains to use female-owned contractors to do work in the mayor’s office and cater her inaugural events.

No matter how she felt about the selection process, it might have looked contradictory for Chicago’s second female mayor — and first in 40 years — to deny the design contract to a female architect whose work is known around the world.

“The Mayor is committed to making sure that all city processes, including how we award large contracts, always meet the highest levels of transparency,” mayoral press secretary Anel Ruiz wrote in an email to the Sun-Times.

“Our team has met with the relevant city agencies to ensure that the award of this contract is consistent with all applicable procurement laws. We are excited about moving forward on this important next step for O’Hare with a diverse team led by Jeanne Gang, and to soon realize the countless benefits the expansion will bring to travelers as well as the communities.”

Gang is the famed Chicago architect who designed Vista Tower and helped transform Meigs Field into a nature preserve.

Studio ORD got the “highest cumulative score” from an evaluation committee that included experts in terminal construction, airport operations, architecture, planning and budgets, the city said.

Selection criteria included the ability to deliver the project on time and on budget and involve unprecedented local participation.

But the selection process has been controversial because it was shrouded in secrecy.

Public feedback on models of the five finalists’ designs was “taken into consideration” but was not definitive.

The lead architect contract wasn’t the only one awarded this week.

So were three so-called “construction manager-at-risk” contracts, each for $116 million.

The three managers must set aside 26% of all contracts for companies owned by minorities and 6% for firms controlled by women.

They are expected to divide a series of major projects, including: expansion of Terminal 5; construction of a new Satellite Terminal 2 and its companion People Mover tunnel; and several other projects that lay the groundwork for the O’Hare global terminal and global concourse.

The Studio Gang website describes that terminal and concourse: “Like the confluence of the Chicago River, the design’s converging three branches create a central hub that establishes a vibrant new neighborhood in the heart of O’Hare’s campus.”

At that hub, “a vibrant new neighborhood unfolds around an expansive Central Green that can support pop-up events, music, and informal gathering. The plantings extend through the terminal’s three branches, framing boulevards of restaurants, shops, and retail that together evoke a lively Chicago street,” the website states.

The website notes that ticketing and security for departing passengers would be handled in a mezzanine above the concourse.