The World Series, American sports’ longest running championship showdown, is first and foremost an even that is steeped in history. Whether it be the New York Yankees’ 28 titles, the Boston Red Sox drought-breaking recent success or the unlikeness of a Kansas City Royals, Miami (nee Florida) Marlins or Arizona Diamondbacks victory, everything is framed through the context of the past impacting the present.

And to that tone, no Fall Classic in history has had more anticipation that the one that is currently unfolding. And not the type of anticipation that can be created either within one year’s time or by various outlets harping over a handful of superstars partaking in it. No, this year’s contest between the Cleveland Indians and Chicago Cubs carries the weight of generations, both on the field and off. The legacies of every member of each franchise, stretching back to both 1948 and 1908, respectively, are at war in this one.

The relief that will be set free at the end of this series will be akin to when Shang Tsung was defeated at the end of the 1995 video game-turned-film, Mortal Kombat. Restless, championship-hungry souls of generations past — of both inhabitants of the city and team lineage — will be given a reprieve, while the defeated franchise will see itself continue to be the most tortured (and now teased) franchise in baseball.

What is usually the case is that the job of pulling a team over the top falls largely on the shoulders of its best few players. In this case, that would be a group of Kris Bryant, Anthony Rizzo, Jon Lester, Jake Arrieta or Aroldis Chapman, among others, for the Cubs. Meanwhile, Corey Kluber, Andrew Miller or Francisco Lindor would carry that charge for the Indians.

Some of these names, such as Express cover boy Bryant or recent Cy Young winners in Kluber and Arrieta, carry degrees of namesake value already. Others are on the incline in their careers, but are more or less expected to be responsible parties for either team’s success as is. And while most have done exemplary work throughout the postseason and thus far in the World Series, often is the case by this time of the year that the performance of the lesser knowns means more than that of the spotlight stars.

And in a series that is already indicating itself to be a tightly matched, battle between two teams that are more evenly yolked than would have previously been believed, it will be one of the voices in the crowd that makes the largest impact.

In World Series past, this has included names such as David Freese, whom stepped above the efforts of Albert Pujols, Yadier Molina and Chris Carpenter to pull the St. Louis Cardinals to the 2011 crown. In other turns, there was Mike Lowell who reigned supreme for the 2007 Red Sox or Scott Brosius in New York back in ’98. For every Mariano Rivera, David Ortiz, Madison Bumgarner, Jack Morris or Reggie Jackson, there is a Pat Borders, David Eckstein, Darrell Porter, Gene Tenace or Rick Dempsey; all names that many likely have not paid attention to in years, but they were the kings of October and World Series MVPs at one time or another.

Take former Yankee Don Larsen as an example of this: Larson became legendary in winning the 1956 World Series MVP, as worked a perfect game in Game 5 of the series. Yet otherwise from there, he had a 81-91 career record, while bouncing between eight teams. However, he made as big a mark as possible on the biggest stage there is, thus affirming himself as perhaps the foremost arbitrary legend in the game’s history.

In scanning this year’s roster on both sides of things, there are a plethora of options to join that group of fly by night superstars. This is because both team’s entire rosters are used indiscriminately by both Joe Maddon and Terry Francona, two managers that are uniquely in tune with their team’s capabilities. This World Series has potential like none other to be the everyman’s series.

The return of Kyle Schwarber already indicates how much room this has to come true. The Cubs’ slugger, despite missing all but two games of the season prior to Tuesday night, has picked up right where he left off last fall, when he affirmed himself atop an admittedly short list of the Cubs’ October legends. Schwarber’s electric bat has him hitting .429 throughout two World Series games, and even his outs have been hard. He’s hung in tight against Kluber and Miller and turned in a 2-for-4 night with a pair of RBI… in his fourth MLB game of the year. From a medical standpoint, returns like this are exceptional. But performance of this type following it is astonishing.

Or how about Ben Zobrist? He is playing a position that he played 11 games at all season, but is 5-for-8 thus far — with a double and triple mixed in — and has been the biggest headache at the plate on either side of the field. Some may say that the All-Star Zobrist is not exactly an out of nowhere candidate, but very few would say that the entire balance of a series that includes Bryant, Rizzo and Lester could be decided by a dispatched utility man, re-learning the left field ropes on the run either.

And there could be more candidates to come, namely Kyle Hendricks. The Cubs’ Game 3 starter has been one of the best pitchers in baseball this year (leading the MLB with a 2.13 ERA), but has still flown slightly under the radar. Even throughout the postseason, he has upped his personal ante, producing a 1.65 ERA as he enters Friday. With a crucial Game 3 start ahead of him (and potential Games 6 or 7), he is in line to be an underestimated star as well. 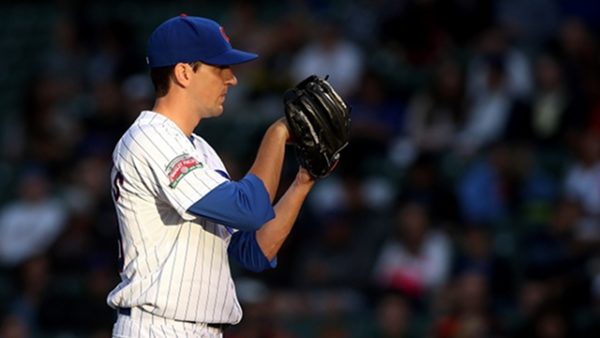 On the other side of things, the Indians have a cache of options that could be surprise series-deciding players. After all, this is a team that had a middle reliever already win ALCS MVP on its behalf as is, so anything is possible with this ensemble. Jose Ramirez is looking like a candidate already, hitting .429 with a double and the first RBI of the series. Roberto Perez too fits this mold, with a pair of home runs already and the duty of pulling the strings behind the plate.

But there are a number of other potential pivotal players on their roster, including Jason Kipnis, Rajai Davis, Cody Allen and their Game 3 starter, Josh Tomlin, all of which have the opportunity to make major impacts on the series.

What is to come over the next five games is anybody’s guess. Wrigley Field will be rocking, and if the Series makes it back to Progressive Field by next week, the atmosphere there will be electric as well. The headline names in this World Series of historically unlikely present October tenants will also continue to make noise. But it should surprise nobody if the lesser of the headlines ends up being the largest pivot point in it all.