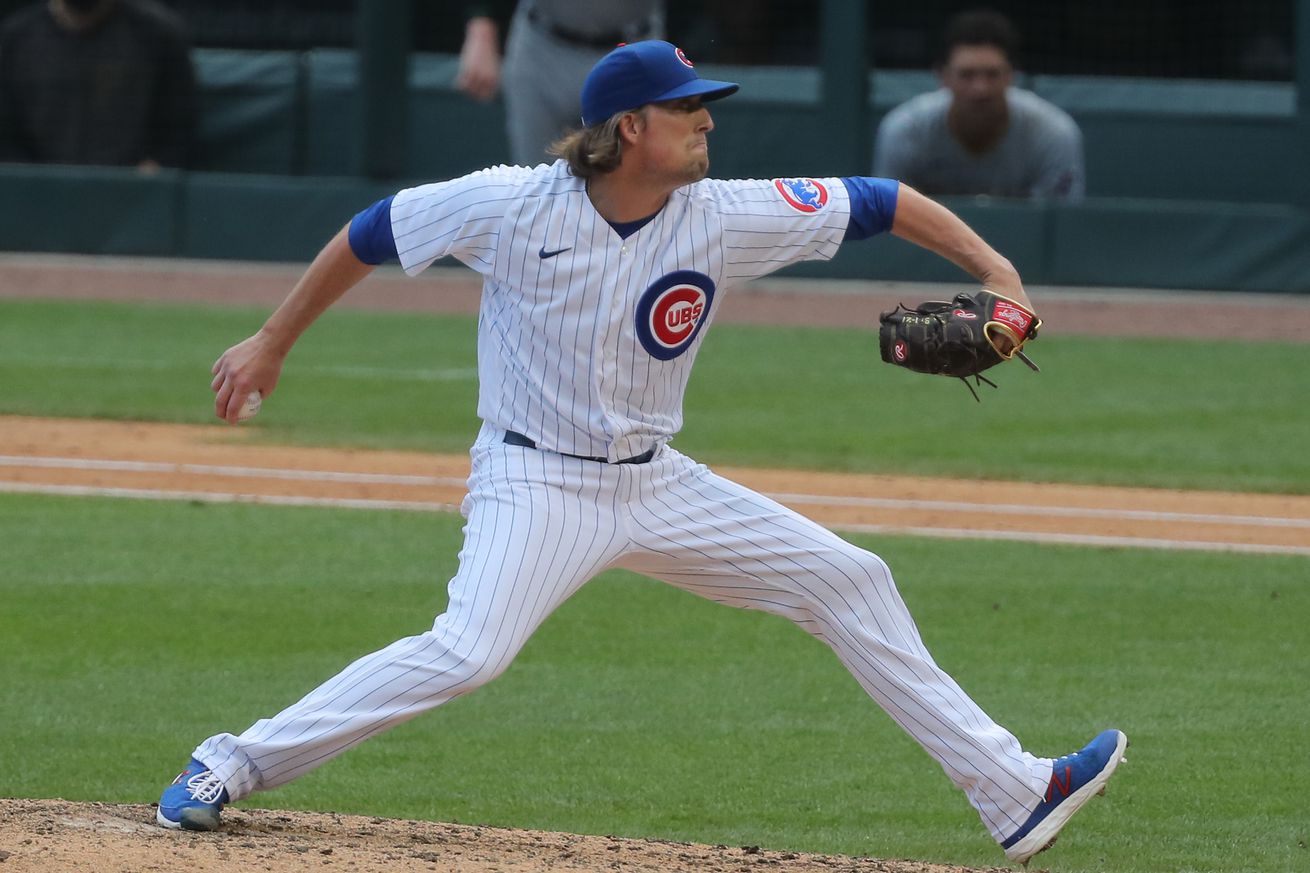 The Cubs complete a three game sweep of the Pirates

The Cubs completed a three-game sweep on Sunday. For the first time, they didn’t follow the formula that has driven them to success. They didn’t jump out to an early lead, though they did get a strong outing from their starting pitcher. In fact, the Cubs never had the lead in this game until the final play of the game when they walked off victorious after nine innings of regular baseball and two innings of modified baseball.

I don’t suppose modified baseball is terrible baseball, in the same way that laser bowling isn’t terrible bowling. Laser bowling is fun, particularly if you aren’t a regular bowler, you go with a group of friends to participate in it and particularly if you are drinking while you do it. Sure, it resembles regular bowling, but it is pretty much a different product. That’s how I felt with the about the first foray into modified baseball.

Certainly, the very first experience with Kyle Schwarber’s terrific play to start the top of the 10th was fun. Kyle fielded the ball on the run after Josh Bell grounded a single through the infield. Kyle then fired a near perfect laser beam throw to Willson Contreras for the out at the plate. That was good theater in a bubble. It was a good thing that the bonus runner for the Pirates was a catcher.

Ultimately, the Cubs won. I think if I weren’t someone who regularly watched baseball, I might find modified baseball interesting. It’s designed to create scoring and I can see the interest in that. As a long time observer of baseball, it’s an abomination. I don’t ever want to see if back at the MLB level. I hope no one walks away thinking that this should be some kind of regular thing to interject excitement into the game.

The rant and review of modified baseball aside, I’d be remiss if I didn’t say that the Cubs bullpen pitched five scoreless innings of baseball. This is a big step forward. Amazingly, despite how bad the pen has been, they’ve yet to cough up a lead in a game. Hopefully, the Cubs start to patch things together and the bullpen doesn’t cost them what has been a fantastic start to the season for the team.

WPA Play of the Game: Geoff Hartlieb recorded the crucial strikeout of Albert Almora Jr. with one out and runners on second and third in the tenth. (.209)

*Cubs Play of the Game: In the bottom of the 11th inning, Anthony Rizzo was first up with David Bote being placed at second. Rizzo skied a long fly to right. Both was easily able to advance to third. (.188)

A reminder that the three Heroes and three Goats of the game are strictly by WPA scores. No subjective judgment is taken into consideration.

Up Next: The Cubs start a four-game home and home series with the Kansas City Royals. The first two are at Wrigley Field before the series moves to Kansas City. Danny Duffy starts for the Royals and Alec Mills for the Cubs. The Royals have started the season 3-7 and are already 4½ games out of first place in the AL Central. The Vegas Odds are decently set in the Cubs favor. With a second consecutive series against a cellar dweller, the Cubs have a real chance to take a commanding lead as the season approaches the quarter pole.